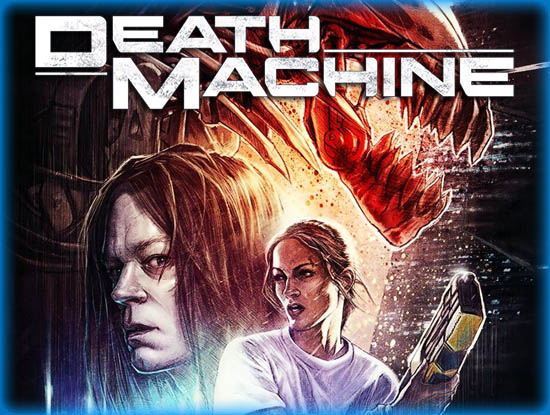 From the director of Blade, comes this mish mash of films that offers up ample amounts of inspired filmmaking

I literally just finished watching this, and felt compelled to immediately sit down and write down my thoughts for fear I might actually forget them, which happens a lot these days. And I have to be honest, I'm not entirely sure how I feel about this. On one hand I can understand why people love it, but on the other, while impressive for a low-budget film, I found certain aspects of it off-putting.

Let's start with the good. It's written and directed by former special and makeup effects artist Stephen Norrington, who we all know would go on to direct the first R-Rated Marvel film with the incredibly kickass Blade 4 years later in 1998, making cinematic history for a number of reasons. So you'll notice almost immediately it has a "quality" to it. While he hasn't quite reached the level of visuals he would attain in Blade, you see sparks of that brilliance here and there here. And I have to admit, for a guy who has never directed a film before, it's quite impressive for the most part. 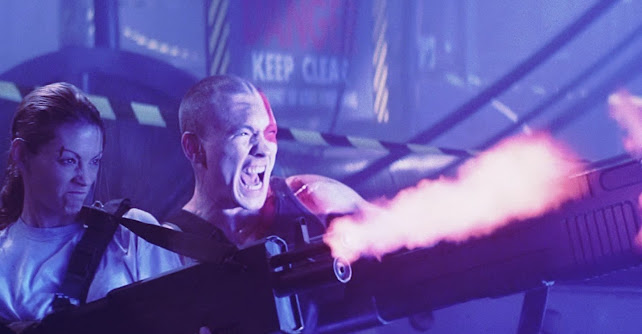 The big killer robot, aka the Death Machine, is revealed in pretty much the same way it was in Richard Stanley's Hardware (a film Norrington also worked on), only showing you bits and pieces of it until you get the full reveal in the third act. As the film progresses, you'll notice several more nods to that cult classic. As far as robots go, you can say that this one is pretty cool. Big, clunky and deadly, it's hard to really make out any sort of design to it all, but since you never really see it from afar for most of the film, it doesn't really matter. The action, when it "finally" hits, is pretty fierce and chaotic in a good way.

You'll find some familiar faces, some of them surprising, like a young and very 90's looking Rachel Weisz in a very brief scene, and Richard Brake (31) doing some scene-chewing with legendary character actor William Hootkins (Batman, Hardware, The Empire Strikes Back) offering up some valuable credit.

One thing that I was not expecting was it's tone and tongue-in-cheek humor. It's as if it's constantly winking at the camera, making so many pop culture references, including one of Street Fighter (the video game), that you know Norrington is a nerd at heart. But yea, the film has a slight wink-at-the-camera sort of humor that kind of threw me off a bit for a while, but it was something I warmed up to.

On the negative side, I found the constant closeup shots a bit jarring. With so much of the film being shot up close to the actors or objects almost all of the time, I found it hard to make out any of the surroundings and really made it feel claustrophobic. It's a shame too because there were several moments where Norrington pulled back, and you can actually see what's going on and some of the films impressive production design, combined with some outstanding camerawork make for really beautiful compositions. It's a shame they're so random and infrequent. I'm not sure if shooting the film almost entirely in closeups was out of necessity, or a creative choice. 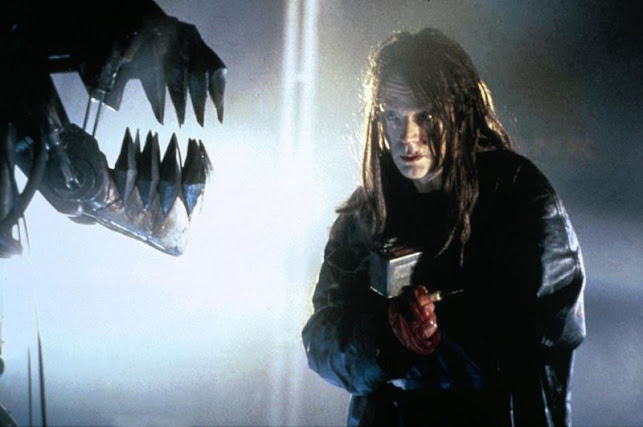 Now, the main star of the film here is Brad Dourif, who plays the arrogant man-child villain Dante. If you look up any of the reviews for this, it's almost unanimous that Dourif is easily the favorite part of people's experience with this. To say that he played Dante over the top is an understatement. You can clearly tell he's having a good time here, but while most people enjoyed that, I found it incredibly annoying. To me, he played him like a puberty-stricken moody 13 year old boy who does nothing but throws tantrums and honestly, my favorite parts of the film were the moments he wasn't in it. 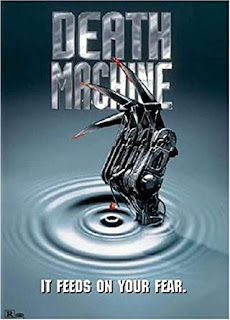 While I found the first half curiously offbeat in it's tone, it's last act more than makes up for most or all of my issues by basically blending Hardware, Robocop 2 and Aliens into a rousing and satisfying conclusion. Overall it won't blow you away or anything, but it's impressive enough to keep you invested for the big payoff.

Death Machine is currently streaming on Amazon Prime in full frame, which honestly makes the closeups far more jarring than they probably are. Still, the fact that it's so easily accessible at the moment should warrant a watch.

A German 3-disc Blu-Ray set in widescreen was released in 2015, which seems hard to find these days, and a recent import from Spain goes for around $25. Still no U.S.

Posted by robotGEEK at 1:53 PM