Robocop: Prime Directives - The Robocop Mini-Series That Deserves Another Look 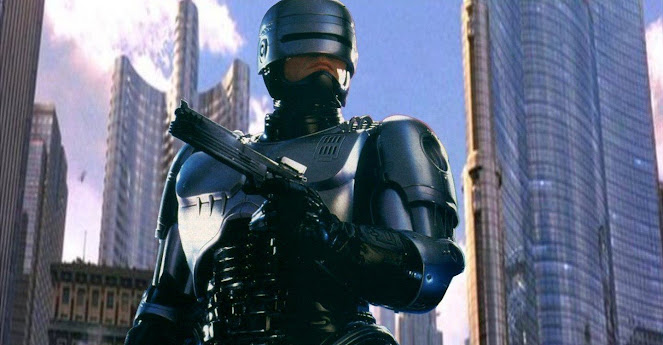 Not to be confused with the PG-Rated family-friendly live action Robocop series from 1994, this 4-Episode-Mini-Series from 2001 pretty much delivers the goods within the confines of television, yet it's rarely ever talked about. Sure people love deriding that early 90's atrocity, but it's really surprising that nobody ever mentions this one, because I have to admit, after finally getting to see it, it turned out to be a lot better than I was expecting going in.

Now, full disclosure. I still haven't seen the 1994 series that only lasted a single season, but just based on it's reputation, it's not popular in the least. In fact, I haven't met a single person who actually likes it. We all know that they decided to follow in the footsteps of Robocop 3 by making it PG, and including a kid as one of the main characters, but seeing how Part 3 crashed and burned so miserably, I'm surprised they would continue down that path just a year later with the series, instead of changing course. Whatever the reasons, the series died a sad death and it would be 7 years until they tried to resurrect it once again. 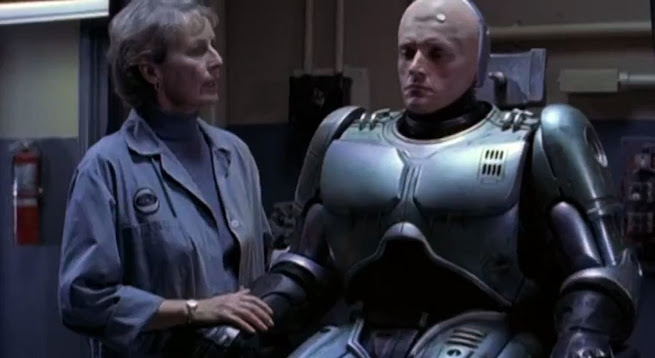 Instead of going for the full-on series this time, they decided....."smartly", to make this a mini-series. Only each episode of this mini-series is an hour and a half long (the length of your average film), making the entire endeavor a whopping 6 hour's to sit through. The episodes (Dark Justice, Meltdown, Resurrection and Crash and Burn) all carry their own distinct storylines, but still part of a much larger storyline that spans the entire 4 episodes, so you have to watch them all to know what's going on.

Prime Directives is awesome. It felt like the kind of Robocop show we all had wished for. I mean, we were never going to get a high dollar show that would match the budget of the films, so all of those people who complain about how low-budget it all looks really must have thought otherwise. But for a television show, Prime Directives looks exactly like what I was expecting it to. And unlike the 1994 PG rated series, they went the R-Rated route here. It's not a hard R, because while I did spot a scene with boobs "once", and maybe a few curse words here and there, I think that rating is strictly for the violence. It's not crazy violence, or even gory for that matter, but there is a helluva lot of action going on in each episode. So much so that sometimes it was exhausting. 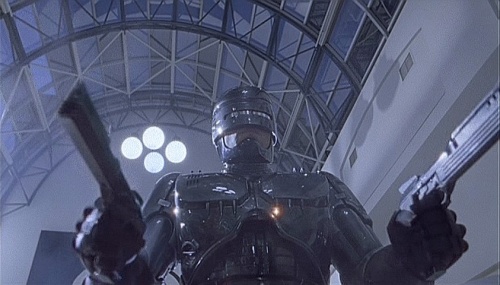 Oddly enough, despite all it has going for it, like nonstop action and impressive Robocop suits, it's also equally bad in the ways that I like. For example, a lot of the acting is laughably awful, the dialogue is really hammy, and the casting is.......not good. There are so many cringe-inducing moments where certain characters are trying to act like badasses or villains that it's entertaining for the wrong reasons. Casting was just way off across the board here. Though I found Page Fletcher (The Hitchhiker) to be a decent Alex Murphy/Robocop, he's surprisingly short when compared to any of the actors who played him before in both film and the tv series. It's just hard not to notice, especially when the character of Cable (basically an upgraded 2-gun slinging Robocop) comes into play. He's so badass in so many ways, even if he just looks like a shinier, bigger Robocop.

I must admit, as much as I enjoyed it, each episode, or I guess technically they'd be considered a TV Movie considering how long they are, was a chore to sit through at times. They're basically too long for their own good. While it's fun seeing a shit ton of action and carnage, there were many times when I felt it overstayed it's welcome. And then there are the many storylines going on simultaneously. While most of them connect in some way, it just felt like there were too many of them and trimming down some of those subplots would have been welcome. 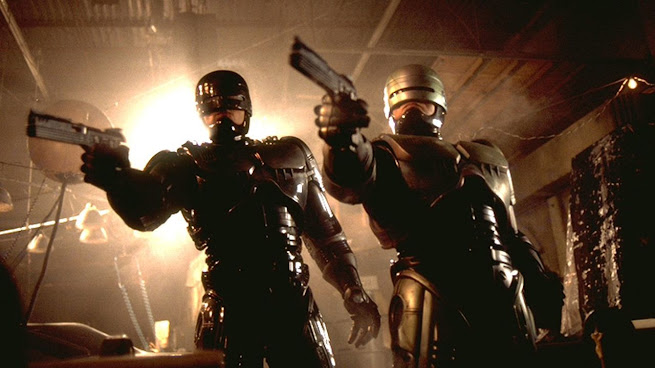 Yet despite my issues, it's hard to deny it's charm, because it tries really, really hard to capture the magic of the first 2 films, most notably in its attempts at satire. I loved it overall. It's violent, cheesy and gloriously over the top on a budget. It may not be the Robocop series we all dreamed of, but it's the closest thing to capturing the tone of the first 2 films. And let's face it. It's been 33 years since that landmark first film. 2 cartoon series, a live action series, a live action mini-series and a big budget remake later and nothing can match that kind of magic. But for my money, despite the awful acting, casting issues and outdated tv-grade CGI, Prime Directives gets pretty close. 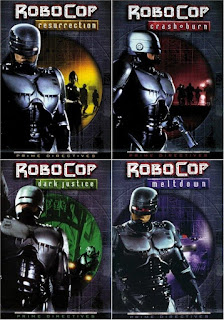 Currently, the entire 4-episode mini-series is streaming for FREE on The Roku Channel, so if you currently use a Roku device to stream apps on your tv, or use a Roku Smart TV, you already have it. I'd take advantage of this opportunity before it's gone. Otherwise, you can purchase them on DVD individually for roughly $10 each new and used. I haven't seen them released as a set yet.