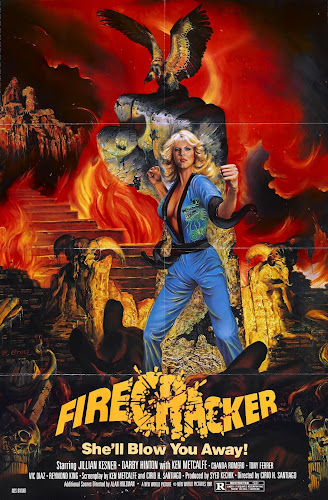 Low-budget maestro Cirio H. Santiago (Equilizer 2000, Naked Vengeance, Wheels of Fire) directs this martial arts flick starring the impossibly sexy Jillian Kesner as a woman who travels to Manila to look for her sister who's gone missing. When she arrives, she soon discovers her sister was mixed up with and killed by the local mafia and illegal underground fighting ring organization. Being a martial artist herself, she immerses herself into this seedy underworld to find out what happened and exact revenge.

Firecracker has a lot going for it, but doesn't quite reach the level of Bad Movie Night classic, except for one glorious sequence that really makes the entire experience worth it. There's a scene where our heroin Susanne Carter (Jillian Kesner) is being chased by 2 thugs. While running for her life, her clothes repeatedly get caught on items that rip them off, where she's left in her bra and panties. And then in a surprising role reversal, she then taunts the thugs into chasing her even further where she attempts to take them on using her martial arts skills. Her bra is ripped off in one of these fights and she's left nude and kicking this guys ass. I have to say, this surprisingly long sequence is fucking amazing and even if you find the rest of the film a bit tedious, this sequence is worth the effort.

That's not to say the film is uneventfully bad all around. While I did find it dull for good portions of it, Santiago sprinkles enough foot chases and old school kung fu fights to keep you invested. They're not great fights by any means, but really harken back to the old school way they used to shoot and edit these fights (with the exaggerated Enter The Dragon-style sound effects taking center stage), which brought back a lot of good memories for me. Much like a lot of these Philippines movies of the 80's, it's a good mix of Filipino and American actors, with Malibu Expresses mustache'd star Darby Hinton sharing the screen here with Kesner. But while Kesner is a true ass-kicking goddess on the screen, I personally found a minor character of Rey, played by martial artist, director, writer and producer Rey Malonzo, to be the real standout. Only popping in from time to time, he steals the scene every time he shows up. He's like a hybrid of Bruce Lee and Yeun Biao, kicking ass and taking names with such ferocity that aside from the nudity, leaves the biggest impression overall. 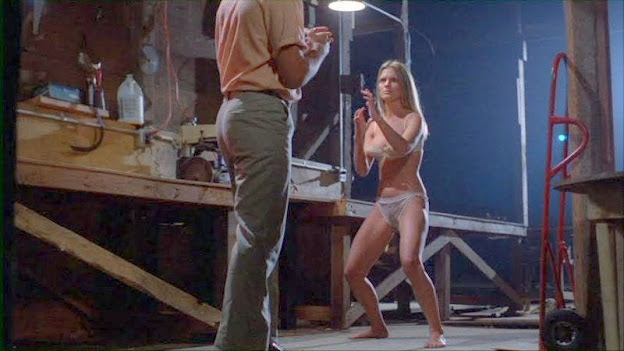 There's also a truly bizarre love scene that will blow your mind because it's unlike anything you've ever seen. I can only imagine what was going on in Kesner and Hinton's heads while this was being filmed, yet it adds to the films overall nuttiness.

While it won't rank up there with the best of the Bad Movie Night classics, it's definitely worth a watch. 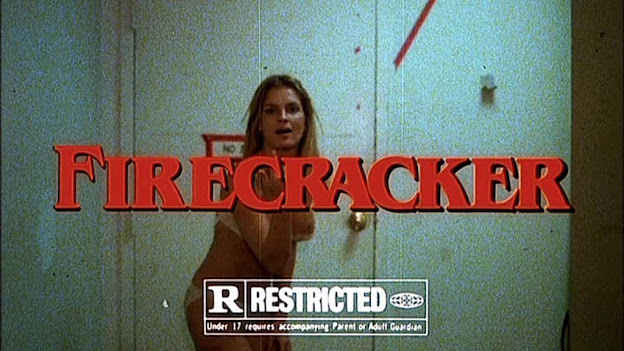 You can currently watch Firecracker on Amazon Prime and for FREE on TubiTV.