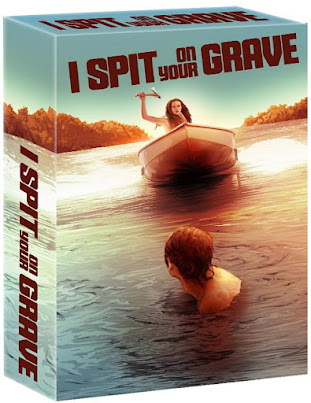 Ronin Flix is now taking pre-orders for this insanely impressive new set of one of the most infamous cult classics ever released. Tons of new extras, a brand new 4K scan, posters, a book and well, I'll just let you read the details for yourself below. Pre-ordering now will get you FREE Shipping and $10 OFF. 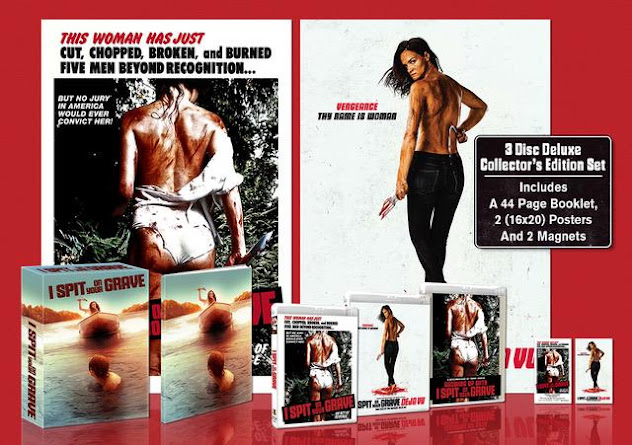 In 1978, one film changed the face of cinema forever: I SPIT ON YOUR GRAVE. Camille Keaton stars as Jennifer Hills, a young and beautiful career woman who rents a back-woods cabin to write her first novel. Attacked by a group of local lowlifes and left for dead, she devises a horrific plan to inflict revenge in some of the most unforgettable scenes on film. 42 years later, the sequel, I SPIT ON YOUR GRAVE: DEJA VU, sends successful writer Jennifer Hills (Camille Keaton) back to where it all began to face the wrath of the families of those she left for dead. Kidnapped along with her daughter Christy (Jamie Bernadette), it’s a tense game of hunt or be hunted against a ruthless gang of degenerates overseen by a violently unhinged matriarch Becky (Maria Olsen). Additionally, this box set includes, GROWING UP WITH I SPIT ON YOUR GRAVE, an exhaustive analysis of the film's history directed by Meir Zarchi's son, Terry Zarchi. Available on Blu-ray for the first time in North America, this feature length documentary is what every ​I SPIT ON YOUR GRAVE ​fan has been waiting for! 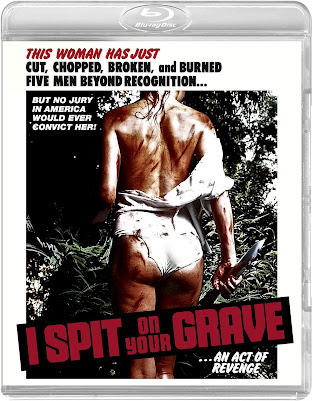 Posted by robotGEEK at 3:20 PM