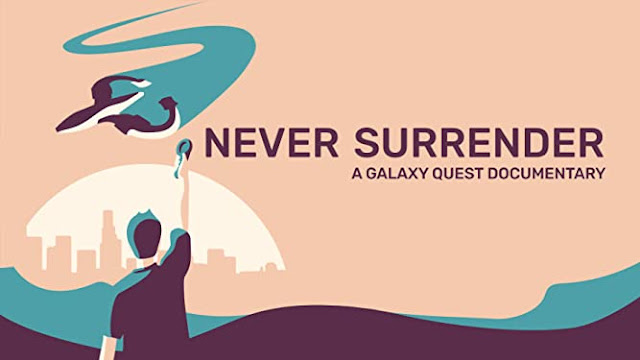 The Sci-Fi Classic Finally Gets It's Due

I'm well aware that Galaxy Quest has gained an enormous cult following since it's initial release in 1999, though oddly enough, I wasn't one of those fans. While it did well enough, it wasn't the big hit the studios and filmmakers were expecting. But a funny thing happened. As the years went on, people began to discover just how great it actually is, and before long, it took on a life of it's own among the sci-fi community. A big part of the problem was that it was marketed as a comedy, when the reality is that while there are some funny moments, Galaxy Quest ultimately plays out like one of the best Star Trek films that isn't actually a Star Trek film. 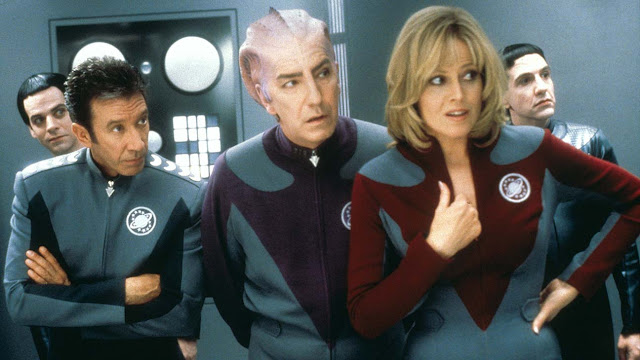 What's interesting is that I can only recall maybe having seen it once. And I don't even remember much about it really, other than some basic stuff. But watching this doc I was struck by how much I had forgotten, and most importantly, who was actually in the film. I couldn't believe it! And while some were relative unknowns then, but have become household names today, it's the brilliant casting of the leads that surprises me. When you hear of the names the studio initially wanted to cast, you'll be floored because while brilliant, it just would have been a completely different film than the one we got. And Tim Allen for his part is the rock and glue that holds it all together so incredibly well. But it's shocking to discover that he wasn't even their first choice!

Never Surrender is a brilliant, funny, touching and poignant documentary that focuses on Galaxy Quest, it's inception, production, it's release and ultimately it's huge cult status that took years to acquire. Here we get to talk to literally everyone involved, from the actors, to the writer, director, producer, high profile fans, cosplayers and so much more. Never Surrender is a love letter to that classic film that not only answers any question you may have on it's production, but also why people seem to love it so much. It's an endearing hour and a half that will make you feel all kinds of feels and trust me, you'll want to revisit Galaxy Quest immediately afterwards.


Never Surrender: A Galaxy Quest Documentary is currently streaming on Amazon Prime as of this writing
Posted by robotGEEK at 10:12 AM