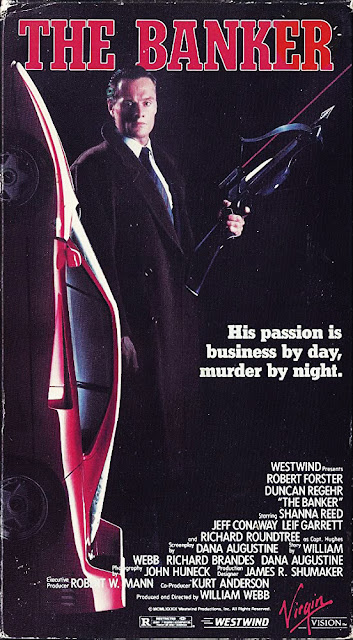 A Sleazy, Neon And Smoke Filled Detective Thriller That's As Odd As It Is Entertaining

If you're relatively close to my age, you remember this VHS cover while browsing your local video store way back in the day. I know I did, but I can tell you that that cover never pulled me in or did anything for me. So I never watched it. But thanks to Amazon Prime, I was finally able to check it out.

The first thing I will mention is that this was nothing like what I was expecting......at all. Which was honestly a pleasant surprise. It's weird as shit, yet that's part of what makes this so memorable, and in some circles, great. Also, the real star here is the legendary Robert Forster, who plays a burnt out, but brilliant cop. I mean, his name should be front and center in big bold letters at the top of any advertisement for this because it's ultimately his film all the way. The fact that I wasn't even aware that he was in this is a crime. He's fucking amazing in this as always and it's yet another example of why he was one of the best and so good at what he does.

I suppose I would call this an erotic/detective/thriller with a dose of "The Most Dangerous Game" thrown in, because why not. As the film starts you feel it's going to be another run-of-the-mill 80's/90's low-budget thriller, because that's what it feels like. But you soon discover it's something else, and probably better than you expected. For me personally, I found it to be made exceptionally and surprisingly well. I mean, this could easily look like a Made-for-TV movie, but it has style to burn throughout and director William Webb does a fine job making it all look good. I should also mention that it helps that it's drenched in 80's neon and smoke, making it kind of feel like a music video from time to time, which is awesome. 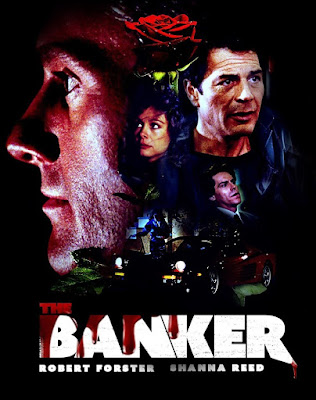 As far as the casting goes, it's Forster's show all the way, and he owns this film. But there are plenty of familiar faces to be found, like the guy who played Dracula in The Monster Squad (Duncan Regehr) as the bad guy here - a rich banker who kills prostitutes for fun, and Richard Roundtree (Shaft), as the police captain. Jeff Conaway appears as a pimp, and even Leif Garrett appears briefly. But there are plenty of other faces you'll surely recognize too.

Overall I found this quite enjoyable. Maybe it was because my expectations were low going in (I have never met a single person who's even seen this before), but it held my attention throughout, and as the film progressed, it just got weirder and weirder, which was a blessing for sure, as this could easily have been a paint-by-numbers, and easily forgotten thriller. It's a sleazy, neon drenched, amusing, gritty, violent, and at times wacky thriller that I would consider a pleasant surprise if you're in the right mood. Kudos to writer Dana Augustine for taking the unconventional route, and to director William Webb for giving the film plenty of style. While it may not currently have a strong cult status, I feel it's day is coming and it's just a matter of time. More people should be certainly be aware of this little gem, so let's all do our part to help spread the word.

It's currently streaming on Amazon Prime (as of this writing) n the U.S., in a nice 4K restoration and most importantly, in widescreen. I'm not sure if this ever got a legitimate DVD or widescreen release for that matter here in the states, but word is that there is a new Blu Ray release on the horizon with an all new color-corrected transfer courtesy of Dark Force. I for one, will be on the lookout for that release. In the meantime, enjoy Amazon's surprisingly slick transfer while it's available.
Posted by robotGEEK at 6:19 PM