R E V I E W: In Search of Darkness: A Journey Into Iconic 80's Horror 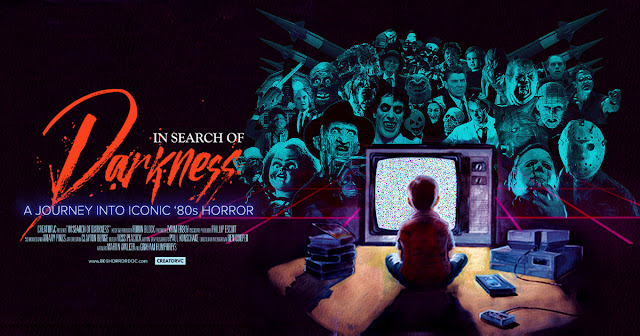 Who would have thought that documentaries based solely on some of our favorite horror films, franchises and even that specific genre in general would be a thing? I surely didn't. If you would have told me that way back in the 80's when we were pre-teens devouring these films, I wouldn't have believed you. Yet here we are, and it's pretty fuckin' great. I can't give you a complete or thorough list, but some that come to mind would be Leviathan (about Hellraiser 1 & 2), You're So Cool Brewster! (about the Fright Night films), The Wolfman's Got Nards (About The Monster Squad), The 50 Best Horror Films You've Never Seen, and not to mention the excellent Crystal Lake Memories and Never Sleep Again. I mean, I can go on and on. It seems like documentaries are the way to go these days and the market has become pretty saturated with some really great ones. Still personally waiting for that Robo Doc coming soon.

Which brings us to In Search of Darkness. Here we are treated to a wonderful 4-Hour documentary on horror films. More specifically, horror films of the 80's, arguably the best decade for that genre. Clocking in at 4-Hours, this documentary moves along briskly. I mean, there's no way they can get to every horror film made in the 80's, even at 4 hours. Instead, they tackle the genre year by year, and hit some sweet spots both big budget commercial successes, and the low-budget indie circuit. And we all know that in the horror genre back then, there were some real gems that never got the big theatrical releases or in some cases, still haven't made it to DVD, even to this day. 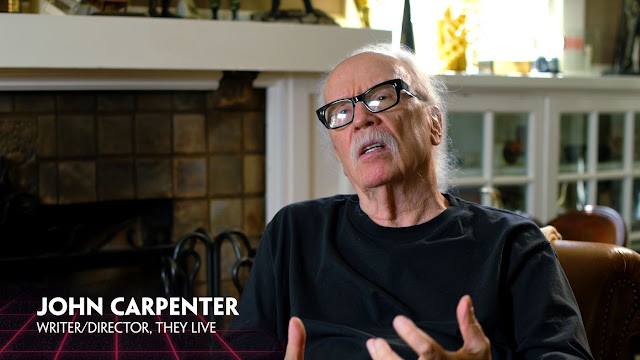 Another thing I really enjoyed about this was how they not only tackle the genre by year, but also by sub-genre's like that short period in the early to mid 80's where 3D was trying to make a comeback. But we also see them take on The Final Girl, Body Horror and a few other sub-genre's, which I found really cool.

Along for the ride we have some really great interviews from a long list of iconic members of the horror community (over 45 total), both in front of and behind the camera. Keith David, Joe Dante, Tom Atkins, Barbara Crampton, Doug Bradley, Larry Cohen, Jeffrey Combs, Mick Garris, Stuart Gordon, John Carpenter, Joe Bob Briggs, Kane Hodder, Tom Holland, Elvira herself Cassandra Peterson, Lori Cardille and so many more. I have to say though, Tom Atkins is such a hoot and the highlight of this for me. I really hope I get to meet that guy someday. 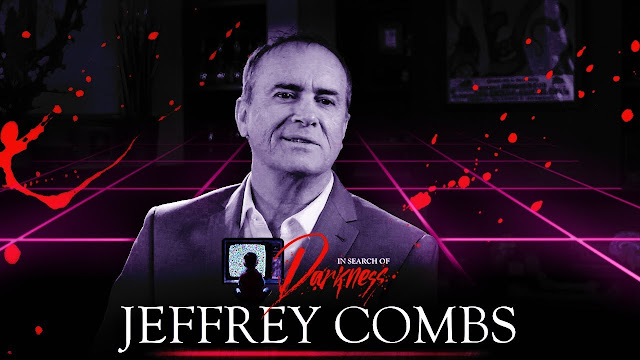 You would think that after all these decades these writers, directors, stars, effects teams and producers would have nothing new to offer about any of these classic films, but I can truthfully say that despite all these years, and countless interviews given by all of them previously, they still offer some nice tidbits of behind the scenes info that I hadn't heard before. And that's one of the things that makes this documentary so good. You go in kind of expecting to have heard it all before, but nope. There was a lot of new information I hadn't heard before, which was great. Writer/Director/Producer David A. Weiner does a great job asking the right questions in the right context and pulling new, never before heard information out of them, and in some cases, some of them being quite candid and honest about their feelings in regards to other films. I loved every minute of it.

In Search of Darkness is a must have for any horror fan. It's a fun way to revisit some films that we remember fondly, going down memory lane and in some cases, learning about films we never got around to. Even at 4 hours, we were wanting more. And that my friends, is a sign of a good time. 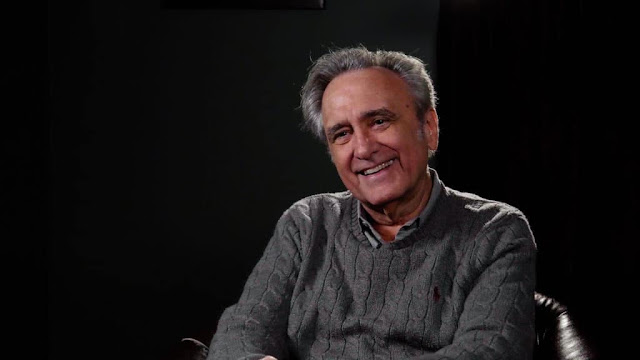 Those of us who got our hands on this were able to because of their initial crowdfunding campaign. At this moment, it's not available to purchase anywhere on physical media or streaming. However, you can go over to their website 80sHorrorDoc.com and sign up for their newsletter for updates on any upcoming release dates because trust me, you're going to need to add this to your collection.

And there's more good news. There are also 2 new documentaries in the works that they're currently working on; one based on 80's Sci-Fi films called In Search of Tomorrow, and one on the great and legendary retro video games of 1989. You can follow In Search of Tomorrow's progress on their website HERE, or on their Instagram page HERE. You can follow the video game documentary, RetroGaming 1989's progress on their Instagram page HERE.

Like I mentioned earlier, they don't cover everything, because there's just no way they could. It would be impossible. But it's a very fun, nostalgic trip down memory lane made with an exceptional love for the genre.
Posted by robotGEEK at 8:59 AM