Documentary Spotlight: In Search of the Last Action Heroes 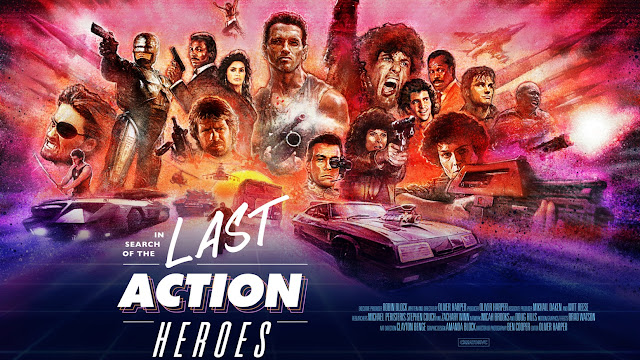 YouTube Film Critic and Podcaster Oliver Harper's Crowdfunded Love Letter to 80's Action Heroes is Every Bit as Entertaining as it is Ambitious.

When film critic Oliver Harper spearheaded his campaign to produce a feature length documentary focusing on the legendary action heroes of the 80's both big and small, I was so damn excited. 80's action has and always will be one of my favorite genre's, and as I head into my mid 40's, I still find myself revisiting my favorites on a regular basis, as well as continue to dig through that decades immense output of gems that I never got around to checking out until now. And I'll probably never stop because so many were produced that I'll never get through them all in my lifetime.

With that crowdfunding campaign, I found the price for this release to be a bit too expensive for my taste (or at least my budget at the time). But I knew it was a done deal because it was reaching it's goal pretty quickly. And lucky for the rest of us, it was made a reality and even luckier for us, it's now available at a helluva price for a limited time on Amazon on DVD ($10), Blu-Ray ($13) and Streaming ($4). I personally grabbed the Blu Ray.

Now, is it any good? Hell yea it is. Of course, with something this ambitious, you're not going to please everyone. There's just so much to cover and so many different areas that there's just no way they could fit it all in. As it stands, it's more of a Love Letter than an informative Documentary because there's really nothing in here that we either didn't already know or hadn't heard before in other countless interviews. And sadly, you're not going to hear from the big boys who grace the cover of this thing like Sly, Arnold, Chuck or Dolph. Instead you're hearing from the filmmakers, stunt people, screenwriters, supporting actors and the B-Movie grade stars who made these films like Paul Verhoeven, Al Leong, Bill Duke, a seemingly grumpy Shane Black, an always excited Steven E. de Souza and so on. Which is great really, but I'm a bit shocked they couldn't even get Dolph on here, unless his schedule just didn't allow it. And honestly, I'm only touching on a very small amount of all the people interviewed in here because there are a LOT. Too many legends to name in here. Okay one more....Matthias Hues! 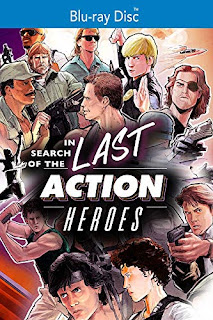 I especially loved listening to legends such as Cynthia Rothrock, Scott Atkins and even Best of the Best alum Phillip Rhee discuss the industry, their perceptions of it, where it was and where it's heading. I have to give it to Atkins for being bluntly honest about his feelings, even his spot-on criticism of current action stars and how he feels most people won't ever meet the commitment and dedication that someone like Keanu Reeves possesses. Vernon Wells was a hoot in describing his casting in The Road Warrior, which led to his casting as the villain in Commando, and there are plenty of moments such as this to appreciate.

A somewhat chronological look at the genre starting in the 70's, primarily focusing on the 80's, and then touching up on the current state of the genre, In Search of the Last Action Heroes isn't going to blow you away with new insight, but it's a really fun watch as it digs into my favorite genre that moves along briskly and never overstays it's welcome. With the fat trimmed, it sticks to the important aspects and if anything, is a fun nostalgic look at a decade that did it best.


In Search of the Last Action Heroes is currently available on Amazon for a great deal. Grab it while you can!
Posted by robotGEEK at 10:32 AM