While it's true that American Ninja II is easily the best and most entertaining of the entire series, that doesn't mean that the preceding sequels don't have anything to offer. I went in to this one a bit skeptical, because I mean, come on, how can you top Part 2? You can't, especially when it's written by the same guy who wrote Pray for Death, arguably one of the best ninja films ever made. And knowing that Dudikoff didn't return to this one, instead handing the reigns over to David Bradley, probably didn't help tempt me either, so I always just put it on the back burner. That is until Hulu Plus added it to their lineup this month, so I had no excuse. Let's dig in.

By the time it was all said and done, AN3 was a cheesy blast of absurdity, mixed with some genuine awesome ninja cinema and I enjoyed it immensely. It was sort of a bumpy ride getting there though, because not having Dudikoff as the lead was a bit jarring, and the film played it pretty stale and safe in the first half, but all my issues were completely turned around by the second half because it became more and more bizarre, absurd, silly and campy. In other words, it got a whole lot more awesome.

The legendary Steve James (clearly having a blast here) returns as Jackson, who along with newcomer David Bradley (in his first role) as Sean, team up to stop a terrorist who goes by the name of "The Cobra", who's created a deadly virus that can kill you, or also turns you into a zombie ninja. It's never explained why it's either/or, so you just have to go with it. As I stated before, the film takes it's time setting things up early on, but boy does it get pretty silly later, and honestly, that's a blessing because if it weren't for how absurd it is, it could easily be pretty forgettable. But because it's so unintentionally campy, you just can't help but have a good time with it.

Steve James seemed to have a bigger part here, which is a shame that he didn't get top billing like he should have, because he more than carries the entire film on his shoulders. And that's always bothered me about James. He clearly had the goods to lead his own films and franchise, but he just never got the chance he deserved. He was so damn charming and charismatic, yet he always played second fiddle to whatever lead he shared the screen with. Here, when Dudikoff didn't want to return, Cannon had the perfect opportunity to let him take the charge, but instead they bring in a newcomer. It just doesn't make any sense, and I think only now people are finally realizing that Steve James deserved to be a bigger star. That's not to say David Bradley is bad, because he does quite well considering it's his first film. He just doesn't have the charisma needed that both Dudikoff and James had. At least not in his first time out. 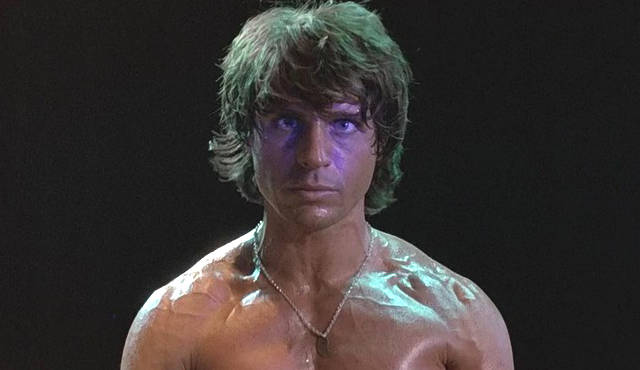 I've read some reviews online from those who just don't like this one, and while I can certainly understand why they didn't like it, I'm also surprised that it doesn't get more love. I mean, it's a Cannon film for starters, and the entire franchise is cheesy, especially part 2, so what do you expect? To me, this entry plays perfectly in line with where the franchise was and where it was headed and I personally had a great time with it. Steve James is a massive badass in here, and by the time you get to the third act, you realize why you love these types of films in the first place. There's nothing spectacular or special about this one, but it is cheesy campy fun, and sometimes that's all we want.

*Fun Fact: You'll most certainly notice George S. Clinton's pretty spectacular score for Avenging Force in here, as they simply recycled it pretty heavily. It definitely adds to the overall vibe of the film, and makes it feel bigger and more badass than it already was. 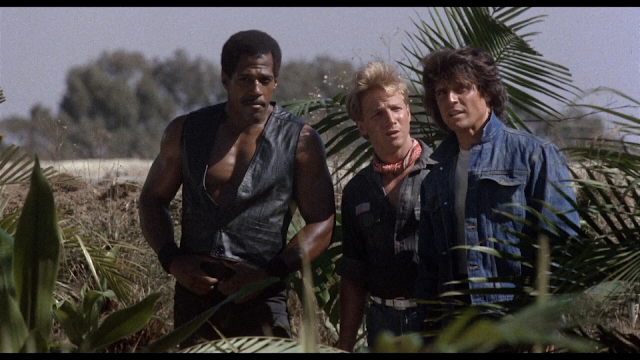