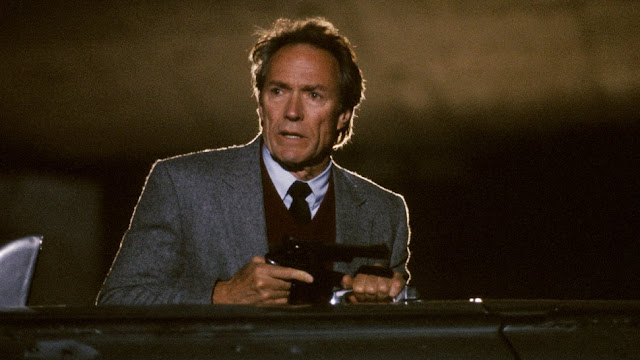 Every 5 years or so, I dig through the Dirty Harry franchise because let's face it, it's an excellent series of films and I always walk away having different feelings and favorite's than with my previous viewing. This time I was all about Sudden Impact, now my current personal favorite in the franchise, and the only one directed by Clint Eastwood himself. And of all the films, I rarely ever bother with The Dead Pool, because no matter how many times I watch it, I just don't like it. But, I always hope for that one moment where I'll actually enjoy it, that somehow I'll connect with it in a way I hadn't before. Let's dig in.

Unanimously regarded as the weakest Dirty Harry film, The Dead Pool made it's way into theaters in 1988, 5 years after the previous entry, Sudden Impact. After 5 films and 17 years, with each film being progressively better than the previous (in my humble opinion), the series ended with a thud rather than a bang, easily making The Dead Pool the worst in the series. At times it looks and feels like a Made-for-TV movie, and at others like a low-rent Dirty Harry, the film can't seem to make anything seem interesting as it trudges along in such a slow and sour pace that you can't help but wonder just what the hell happened to such a beloved franchise. I think for starters a lot of the blame falls on the shoulders of director Buddy Van Horn, Eastwood's stunt double and stunt coordinator for most of his films spanning nearly 50 years, who sat in the directors chair only 3 times, all Clint Eastwood films, including this one. Van Horn possesses no natural talent behind the camera, giving the film a cheap looking quality that comes across as something being made for television, or something sent direct-to-video. When you consider that every Dirty Harry film before had a different director, and was each distinctly visually impressive, this last entry really lets you down. 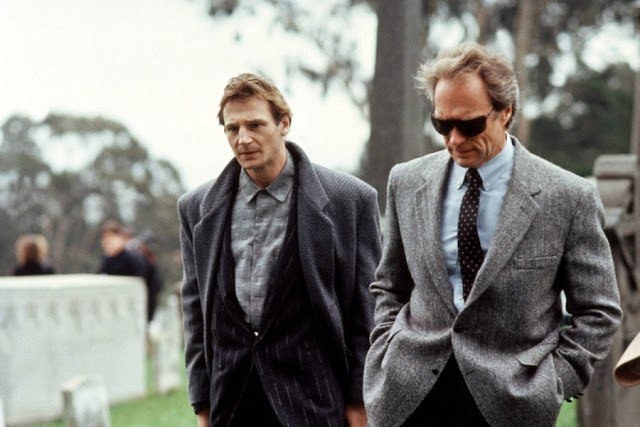 Aside from it's obvious issues, The Dead Pool manages to walk away with at least one saving grace, and that's the surprising bit of casting which includes a very young Jim Carrey, (before he was famous), who plays a drug-addicted rock singer, Liam Neeson, here as a sleazy low-budget film director, and a slew of other notable faces that have since gone on to bigger and better things. The real standout here though has to be Harry's new partner, Evan C. Kim, who's so damn likable, and in one scene, impressively takes down a suspect with his martial arts skills. How or why they didn't give this guy more screen-time just baffles me. While primarily a television actor, Kim more than carried the role as well as Eastwood and I would have loved to have seen more of his character. Hell, an off-shoot film built around his character alone would have been awesome.

17 years and 5 films is a pretty impressive tally. Sudden Impact (1983), the previous entry, was the most successful in the franchise, while this one was the least successful, only raking in 37 million on a 31 million budget. That's not a flop, but it's not a hit either, and Warner Brothers had high hopes for this one. It's a shame this ended the series on a low-note, rather than a high one. Eastwood did a phenomenal job on The Rookie, where he was both star and director, and I can't help but wonder what he could have done had he directed this one himself. Sadly I doubt it would have helped all that much because the script is a bit tedious, and the film just doesn't flow well. I'm glad it was the shortest entry, clocking in at an hour and a half, because by the halfway point, I was already ready to throw in the towel. 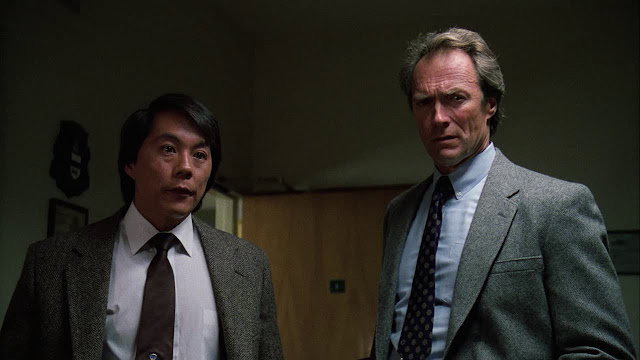 Ultimately it's a pretty big letdown for such an excellent franchise. While not terrible per say, it's surprisingly dull and doesn't hold a candle to any of the previous entries. The impressive casting helps a little, as does getting to see Harry one last time, but overall it's a shockingly tame film compared to any of the others. I'd like to think that Eastwood's excellent The Rookie (1990) is the final Dirty Harry film. That would have been a proper sendoff to a much beloved character.
Posted by robotGEEK at 11:07 AM