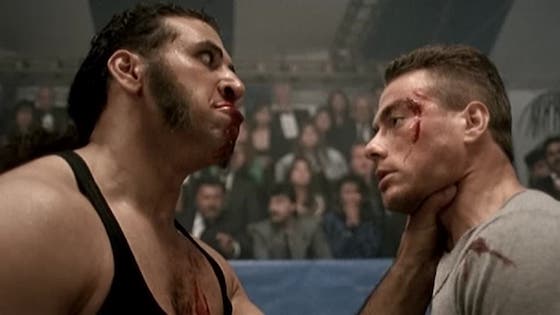 There's no denying that Lionheart is one of Van Damme's best and most loved films. Made and released in 1990, Van Damme was just breaking into superstardom. Having already made a name for himself with classics such as Bloodsport, Cyborg and Kickboxer, Lionheart would see him break out into the mainstream in a film that showcased his knack for working behind the camera (he already proved his editing skills were on point on both Cyborg and Bloodsport) as effectively as he has in front, by co-writing this film, designing the fight sequences and coming up with the story. And there really is a lot of Van Damme in this film. Whereas most would probably dismiss it as another typical underground fighting film, you can't help but feel how personal this one is to him.

Yet, despite it's reputation, it's never gotten a full-on upgrade until now. We've only had bare-bones releases on DVD in the U.S., and it was included in a 5-Movie Action Pack on blu that came with a hefty price tag. I know the German distributor Platinum Cult Edition, released an Uncut and Remastered HD Blu Ray a few years back, but that also came with a hefty price tag. So this would be our first official Blu-Ray release in the U.S., and the best part is that it comes packed full of extra's. Let's dig in. 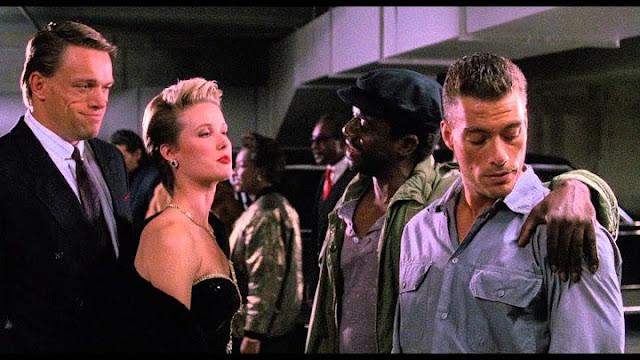 Though I grew up on an insane dose of Van Damme and Seagal, it had been a long time since I'd seen it. So this was just the reason I needed to revisit it and I have to say, it hasn't lost it's ability to entertain. Not in the slightest. It was just as fun as it was all those years ago, 28 to be exact, and a pleasant reminder of a time when these types of films were big business, and crafted with care and precision. You can't say that about these films anymore. In fact, they don't even go to theaters anymore, instead going straight to streaming and home video.

While Lionheart is admittedly a simple premise, it's handled with professional care (surprising considering this was director Sheldon Lettich's first feature film) and offers a helluva lot of kickass fighting, intermixed with some family drama. Yet it's the fights that make the film and there is plenty to love in Lionheart, as each fight is distinctly different, culminating into a massive throw-down between Lyon (Van Damme) and Attila (Abdel Qissi). Overall it's a completely satisfying and highly entertaining film from Van Damme's Golden Era, full of heart, spirit, and a whole lot of awesome.

Just The Disc:
MVD pulled out all the stops on this one. Not only do we get a much-needed HD upgrade, but we get 2 different cuts of the film; the Theatrical Cut, and the Extended Cut. The Extended Cut is pretty cool, but you can tell what new scenes are included because they're not in HD like the rest of the film. And really, it's only a few seconds of extra footage at a time and really doesn't bring much to the experience. Cool to see for sure, but it doesn't make the film any better. In fact, after having finally seen this mythical cut, I know I'll probably just stick to the Theatrical from now on. 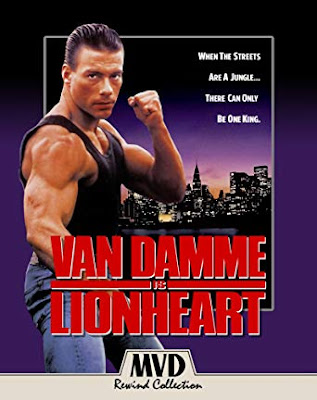 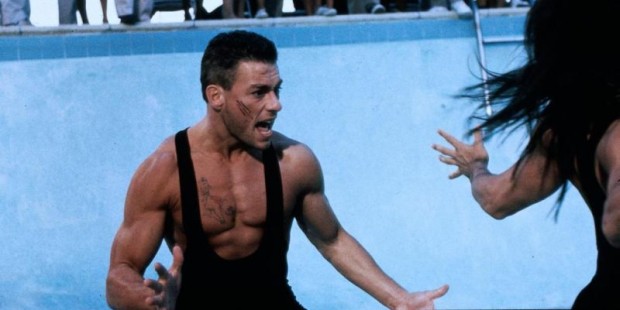 Aside from the Extended Cut being here, one of the highlights has to be seeing and hearing Jean-Claude do a new interview for this, something he rarely (almost never) ever does for his older films, which is really cool. He talks about how this film is somewhat autobiographical, which is why it was so easy for him to write. He also discusses how it pretty much catapulted his career and he was able to have some creative control and freedom in a few future projects, most notably Double Impact, where he re-teams with co-writer/director Sheldon Lettich the following year. You also get some great insight from the rest of the cast, as well as Lettich in all aspects of this production.

I think one of the most amusing aspects of revisiting this is getting to see some faces that I had completely forgotten about, or never noticed before. Like a blink-and-you'll-miss-it scene with Jeff Speakman (The Perfect Weapon), Billy Blanks (Back in Action), and also Lawrence Bender, Quentin Tarantino's famous producing partner, here as an antagonistic bystander during one of Lyon's early fights. 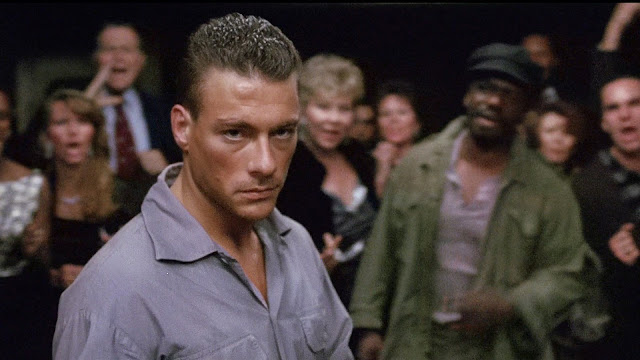 While the film is pretty great all around, it's really the plethora of extra's that make this worth the purchase. I spent an entire weekend digging through everything and had a blast doing so. You also get a sweet mini poster to add to your collection too. So what are you waiting for?!

Lionheart is available now in a 2-Disc Special Edition directly from MVD HERE, or from any of your favorite online retailers for a suggested retail price of $27.99.
Posted by robotGEEK at 11:18 AM