Before anyone goes ballistic on me about Mother! and whether it's considered horror or not, let me explain, purely from my point of view of course. While not directly a horror film, I certainly classify it in some form of horror sub-genre. I can't tell you what exactly, maybe psychological horror? But for me, it also felt at times like a folk horror film, but not entirely. So it's a hard film to pin down, but if I were to put it in any type of classification, it would most certainly be horror. Again, those are just my feelings, and I'm sure some would disagree, which is why I love discussing films with enthusiasts and all of the different perspectives. So let's dig in. 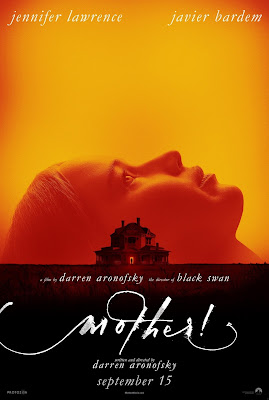 Obviously I can't say too much about Mother! because if you haven't already seen it, it could potentially ruin it for you. I went in cold, not knowing much about it and not doing any type of research beforehand, which is usually how I like to approach controversial films like this. Let me just say that by the time it was over, my mind was heavily blown. I can't even begin to tell you how many times I thought "whaaaaat the fuck is happening?", but in the best possible way. It's a tour de force of the senses, and one of the most wtf? viscerally chaotic movies I've ever seen. There were things I'd never seen done before in here, either from a story standpoint or in the way it was made. It's a brave film for sure, and one that's completely divided the film community.

I think one of the things that makes this film memorable is in how unique it is. Most people complain that there just isn't anything new or original these days, and that all we get are cookie-cutter PG horror films or remakes......which is true. But when we do get something original and "different", those same people don't know what to think of it and usually end up disregarding it as garbage. And I can understand that initial feeling. It's a pretty fucked up movie, there's no doubt about it. Everyone's had a different reaction to it, and I'm curious to hear what your thoughts on it will be. Personally, I loved it. It's not the kind of film I'd ever watch again, but as an experience, it was a rarity for me.

I've never been much of a Darren Aranofsky fan personally. I enjoy some of his films, but usually don't really like how he goes about filming them. Outside of films like Noah and The Fountain, he tends to rely too heavily on handheld camerawork, which I typically despise. But oddly enough, I found it to work well with the material, giving it more of an air of intensity as it moved along to it's chaotically insane climax. Something I also noticed, which I hadn't seen done before, was that 80-90% of the film is a closeup of Jennifer Lawrence' face. Whether she was washing dishes, painting, walking up the stairs or watching two men fight, the camera is always right up in her face. So most of the film is through her facial reactions to everything going on around her. I'd never seen that done before, but was also a bit refreshing, and showed me just how great an actress Lawrence really is. 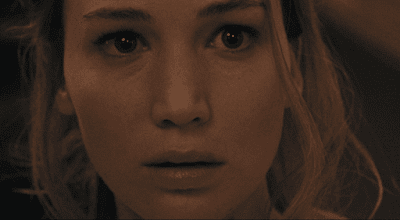 Javier Bardem was excellent as always. Sometimes I feel he chooses projects that are beneath his ability as an actor, because he really is one of the best around, but Mother! gave him an opportunity to remind us just how great he really is. You know who's also underrated and great? Michelle Pfeiffer and Ed Harris, who turn in exceptionally strong performances as well. Pfeiffer actually returned to acting here after a 4 year hiatus, and she's still stunning, while also being so good at being bad you just want to choke her. Harris, well the man is a legend, and easily made last seasons Westworld as great as it was. There was also an interesting and original bit of casting with a supporting player here too, but I'll let you discover that for yourself.

I have a strong feeling that this will eventually go down as a cult classic. Time will only tell whether I'm right or not. But in the meantime, I urge you to see it. It's an exhausting and intense experience unlike any recent film I can recall. 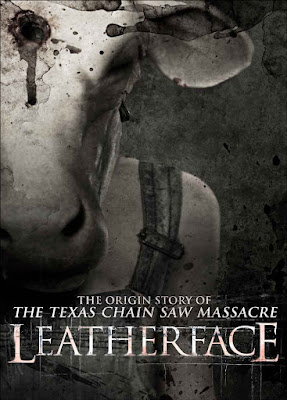 I think I'm one of the few that generally enjoys most of the films in this franchise. It helps that almost all of them are not connected in any way to any specific storyline or legend, so they usually end up being their own thing entirely. I'll admit that I can't stand Tobe Hoopers sequel, no matter how many times I try. I love it's production value, and I love Hooper's strong direction in that, but I just can't stand the tone. I understand why people love it, but it's just not for me. And Kim Henkel's reboot attempt The Next Generation in 1994 was absolutely awful. But believe it or not, I did enjoy Chainsaw 3D for the most part, even with that ridiculous ending that nearly ruins it. It felt and looked more like a true Chainsaw film to me, if that makes sense? I should revisit it though, to see if my memory of that still holds true.

When I learned that the French directing duo behind the French gore classic Inside would be helming this one, I was definitely excited. Maybe some outside talent could breathe some life into this franchise, which to date had been growing more and more stale with each new film. But the inclusion of the Inside directors was promising to me, so let's dig in.

Eh, really, it's not a bad movie. At the same time, it's not great either. If it becomes memorable, it's solely due to the fact that it's a prequel, and so far the only film that shows a young Leatherface when he's normal, and the injuries that resulted in his transformation. Did we really need to know though? That's debatable, but nevertheless, we got it, and this is the result.

I will admit though that the film looked good. Directors Alexandre Bustillo and Julien Maury do a fine job behind the camera offering up solid camerawork and style, but not overly done in such a way that makes it stand so far apart from any of the others. They all carry a heavy grittiness to it, and this one is no different, much in the same way that the directors of the reboots from Platinum Dunes did.

As it's a prequel, I'm sure you realize going in that generally speaking, you're not going to get much chainsaw action. Essentially, it's a film about a young Leatherface when he's taken from his unstable home by the state and put in a mental facility for young adults as he gets older. There we meet a group of fellow patients and their escape from the facility. Hot on their trail is Texas Ranger Hal Hartman (Stephen Dorff) and his deputy, played by Finn Jones (Marvel's Iron Fist on Netflix). Hartman is hellbent on catching any members of the Sawyer family and putting an end to their bloodline after the death of his daughter by their hands, so when he discovers the youngest member of the family is on the run, Hartman, along with his deputy, relentlessly pursue him with any means necessary.

I wish I could say that this was fun, or great, but it's just an alright effort. It's a slick looking film with a healthy dose of impressive gore done practically, but not much else. When you consider that you're not going to see a guy running around with a chainsaw hacking people to death, well it can be a bit of a letdown. If you're a fan of the franchise in general, it's definitely worth checking out.

Currently, Leatherface is only available strictly on DirecTV on Demand as a digital rental or purchase. However, it will roll out everywhere else VOD on Oct. 20th.
Posted by robotGEEK at 10:21 AM