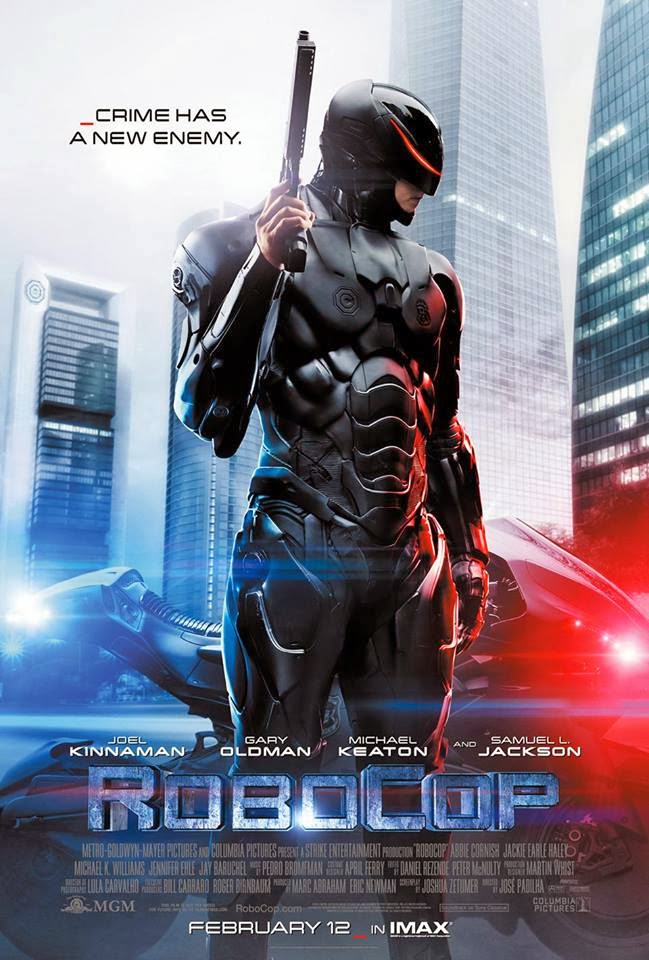 I had a free ticket, so I thought "what the hell?". I went in with an open mind based on the fact that it's received generally positive reviews, but overall I just didn't dig it at all.
While it gives plenty of nods to the fantastic original, it plays with important themes that are relevant today and with some major changes to the story, makes it it's own film. Michael Keaton, Gary Oldman and Samuel L. Jackson nail their roles, but most of all, Kinnaman (The Killing) was solid in the lead. Unfortunately for me, there was too little action than you'd expect from a Robocop film and director Jose Padilha's spastic handheld shaky-cam got old fast. There's a constant feeling that had it been a little more polished visually, it would have played out better. The last action sequence looked more like a first person shooter video game.

While the original is drenched in satire, this one plays it straight, for better or for worse. The thing that seems to be lacking here is heart. It's got a ton of money behind it and effects wise, is rather impressive. Throw in a stellar cast and it's a nice big budget action film that has some smarter than average writing. But it's too slow, too self conscious of it's predecessors and I just can't get behind that new suit.

As flawed as Robocop 2 is, I'd sooner watch that a dozen times before I ever sit down to watch this one again, which in fact I have. I love Part 2 (Recap review attached) despite it's problems. This one I know I will never attempt to revisit again.
Posted by robotGEEK at 9:28 PM