Newly acquired Raiders of Atlantis aka The Atlantis Interceptors tape to add to my collection.
This one is The Spanish BETA release.
The cover is a little worn, but not too bad. The large clamshell case however is in pretty bad shape. It's the original one, but it's damaged and cracked in several areas. I tried transferring the cover and tape to another standard U.S. black clamshell case, but it appears ours are a tad smaller than these older Spanish ones. If anyone has a Large Spanish VHS clamshell in good condition they'd like to sell me please leave a comment. 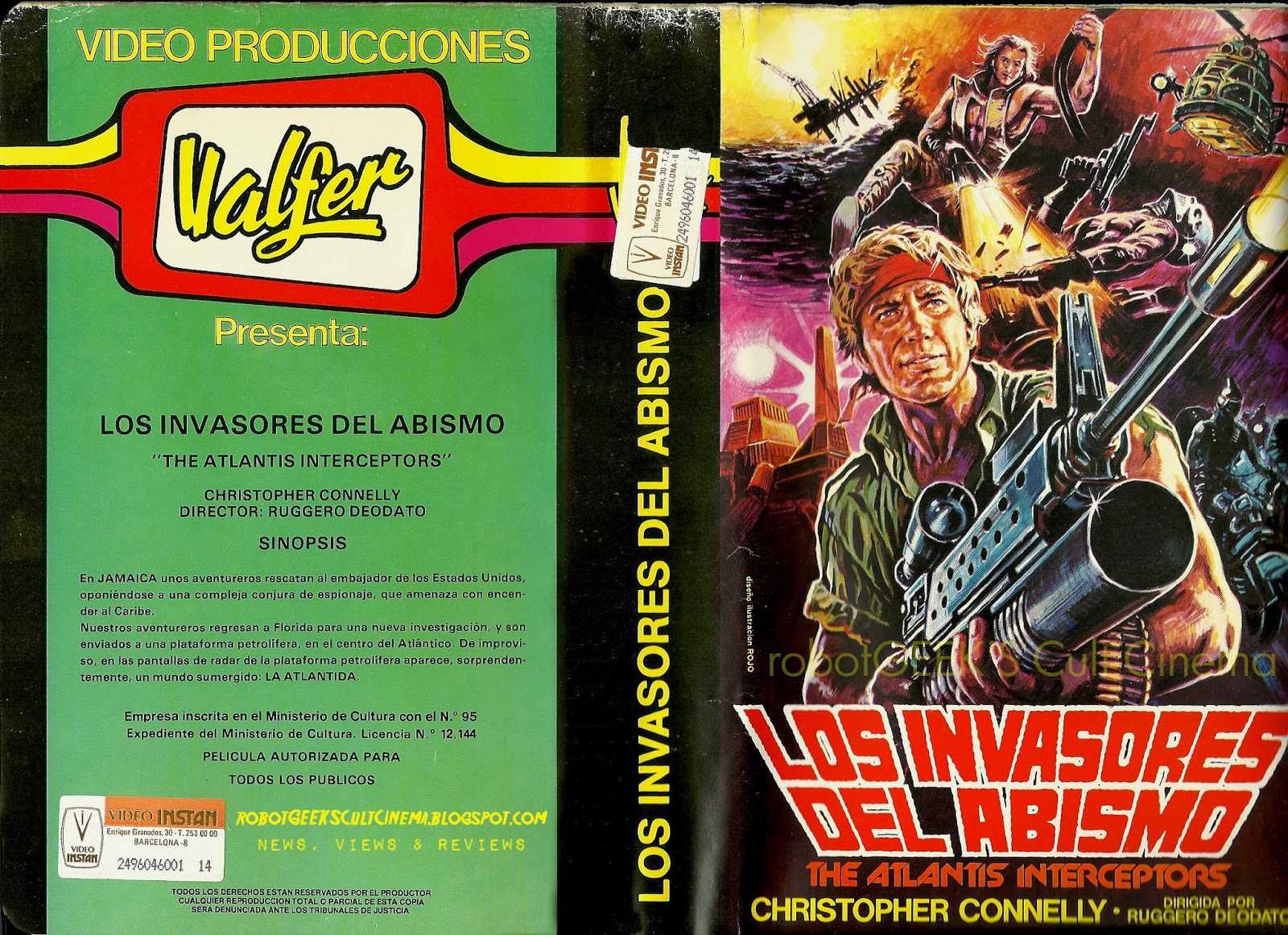 Posted by robotGEEK at 7:12 AM