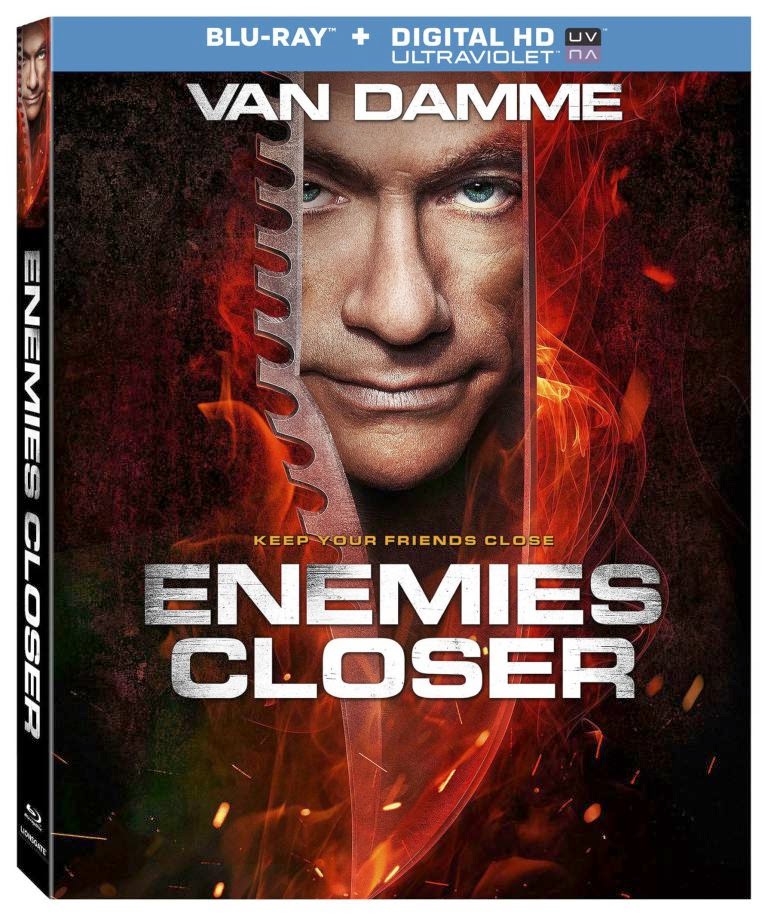 As a huge fan of director Peter Hyams, you can say I was a little more than excited to hear he was returning to the action genre with a Van Damme film. Don't forget, he directed Van Damme in two of his best films to date, Sudden Death and Timecop, both back in the 90's when both were at the top of their game. As Van Damme seems to be experiencing a surge in popularity again, in no small part due to that amazing commercial where he does the now famous split between two moving trailers, I was or "am" hopeful that Hyams will be doing the same. Allow me to refresh your memory if you're having a hard time remembering what Peter Hyams has done. In essence, he's a rather gifted filmmaker who can work in almost any genre and is almost always his own Director of Photography, an extremely rare thing in filmmaking these days. In the science fiction genre, he's helmed the severely underrated and awesome Outland, as well the sequel to Stanley Kubrick's 2001: A Space Odyssey with 2010. He knocked the action/comedy genre out of the park with the cop/buddy movie Running Scared and gave us two of Van Damme's best with the Die Hard themed Sudden Death and the sci-fi/action film Timecop. Thriller's seem to be a favorite of his as in his long career, he seems to keep going back to that genre. Of these, a few personal favorites of mine would have to be The Presidio, The Star Chamber and Narrow Margin. After a few flops in the late 90's, most notably with Arnold Schwarzenegger's End of Days, he couldn't seem to get back in the groove, especially after the disastrous 2005 effort A Sound of Thunder. So I hope you can understand my excitement in hearing he would be once again re-teaming with his old friend Van Damme.

So was Enemies Closer any good? Right off the bat I have to admit that while it didn't necessarily knock my socks off like I hoped it would, it's not a total loss either - and by no means a bad film at all. It's just very straight-forward and uninspired. Gone are the visual flourishes that gave Peter Hyams films his signature look and feel. And missing is any kind of real genuine creativity or any real substance that would make this film standout from the many DTV flicks pouring out every week. If you're looking for something in the vein of some of Van Damme's better efforts from the Golden Age of his career, you ain't gonna find it here. But! What Enemies Closer (strange title) does offer is an almost nostalgic take on a tired genre and uninspired material. How so? Well, while Hyams doesn't wow me with the visual eye candy that always seemed to impress me with his earlier films, or rather his best known films, he can still film a movie a helluva lot better and more proficiently than most of the talentless or commercial/video generation of filmmakers flooding the market with lame action films that leave no lasting impression. The look of the film is clean and steady and most importantly, the fight scenes - of which there are many - are coherent. Hallelujah! Yes ladies and gentlemen, no quick-edit shaky-cam crap here. There are a ton of fights, some short and some long, and each one is executed with great precision in it's choreography and in how it was captured on film. Good job fellas. 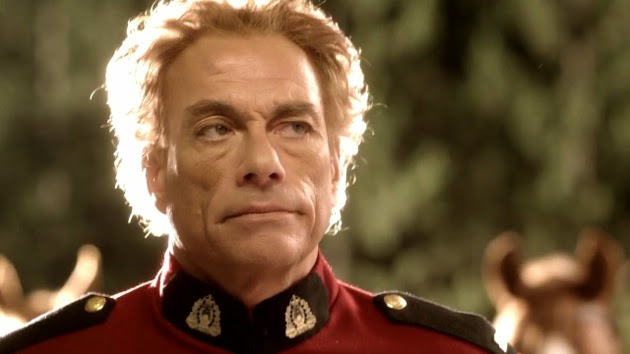 Usually playing the role of hero, this time around Van Damme plays the villain, which he showed he's more than capable of in Expendables 2. Only this time he decided to go all out and though he's looking a little more tired these days, he is clearly having a blast in the role as a vegan bad guy with a crazy ass haircut. And I have to admit, as much as I love me some good ol' Van Damme playing the hero, it's just as much fun seeing him ham it up as the villain from time to time. But I think it's the rest of the cast that I had a problem with. Let's start with the other two leads, Orlando Jones and Tom Everett Scott. Scott, who you may remember from An American Werewolf in Paris, just looks so out of place in here. As you watch it you can't help but feel that there should have been a tougher looking guy in the role. Sure, Scott is not a small guy or anything, he's actually rather large, but he just looks like he's in the wrong type of film, like the comical side kick in a romantic comedy or something; not the lead in an action film. Shit, I think even someone like Sean William Scott would have even worked, but not this guy. And then there's Orlando Jones, who, surprisingly enough, also serves as producer on this film, himself also turns up as a villain here. Weird. Though he does turn out a little more believable in the role than Scott.

It was pretty clear at the halfway mark that this wasn't going to be the slam bang picture I was hoping for. Once you realize this isn't a new piece of Badass Cinema, then you'll probably enjoy it a lot more. It's a good action film, no doubt about it, unfortunately it's just not going to blow kick your ass. Hyams still demonstrates a knack for putting a film together, albeit not up to par with most of his previous stuff. Whereas previously he had a talent for keeping the camera still with some nice cinematography, here he implores a lot more steadicam work than we're used to from him. Maybe there was a tight schedule, or the fact that it was a night shoot most of the time? If anything, I'm hoping it's just a simple case of being a little rusty and learning to get back in the groove of things. But it's a good film and more importantly, it's a fun one. In the violence department, despite a lack of hard action sequences, there are a ton of fist fights to keep you satisfied, all nicely choreographed with some bone-crunching sound effects to boot.

Interestingly enough, despite it's dramatically short running time of 1 hour and 20 mintues, there seems to be two different stories going on; one of Van Damme's character trying to acquire a shipment of heroin from the bottom of a lake and another of Orlando's character seeking revenge on Scott's character, who's a forest ranger overseeing the lake. Inevitably they get mixed up in Van Damme's mess and must learn to work together to survive, despite hating each other and one of them wanting the other dead. It just seems like they could have chosen either of these stories and make an entire film out of them rather than going back and forth between these two in the same film. It never gets complicated or anything though, so maybe I'm just bitching for nothing.

Certainly neither of Van Damme or director Peter Hyams best work, it's not a bad film in the least and in a market full of duds, you certainly could certainly do worse than Enemies Closer. It's short, too the point with plenty of fight scenes and an over the top Van Damme. In some weird way, it was a slight breath of fresh air.
Posted by robotGEEK at 1:59 PM