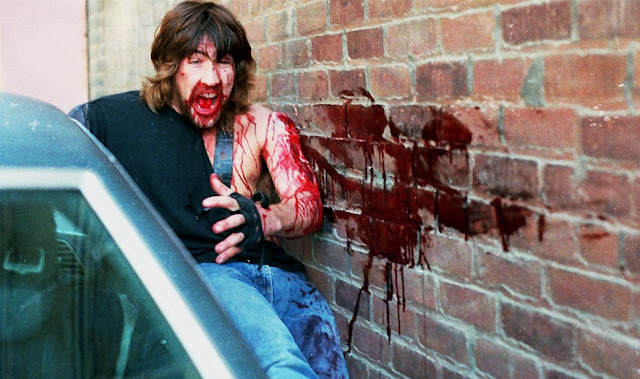 Jim Van Bebber's notorious, blood-drenched cult classic Deadbeat at Dawn rises again on the advent of it's 30th anniversary, newly restored for the first time on Blu-Ray. Fully locked and loaded with a raft of new extra's, see Deadbeat as you've never seen it before - in all it's head-busting bone-crushing glory!

The very definition of DIY, independent filmmaking (VanBebber quit film school and used the remainder of his student load to fund the production), Deadbeat at Dawn surpasses it's low-budget origins to create revenge movie that delivers more thrills and bloody spills than all of Chuck Norris' films combined.

Deadbeat at Dawn is one of those films that you never stop hearing about. Released in 1988, it immediately became a cult classic and has remained one of the most sought after tapes ever since. If you ever stumble upon one of these rare and hard to find VHS tapes out in the wild, you pretty much struck gold. Since it's initial VHS release, it's gotten a few DVD releases which also don't come very cheap, and it's cult status continues to grow. 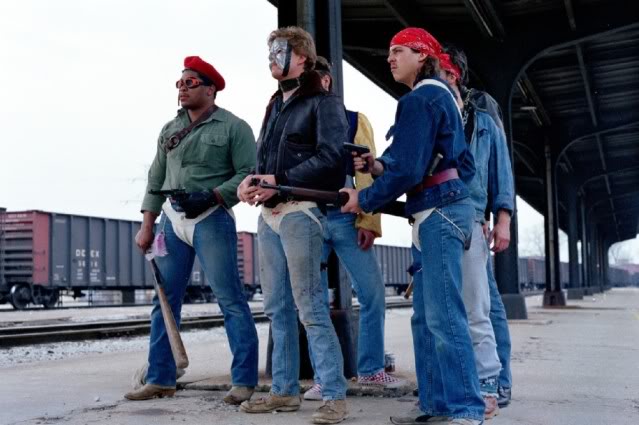 Now the fine folks over at Arrow Video have released the definitive version we all need to have. The new transfer brings out all the vivid colors on the shot on film classic. We also get a healthy dose of extras to dig into, so let's get started.

Goose (Jim VanBebber) has a girlfriend who wants him to quit the gang life. When he does, the gang leader of The Spiders doesn't like it, and orders his girlfriend murdered. When Goose discovers who was responsible, he's hellbent on revenge and formulates his revenge during the gang's big bank heist. 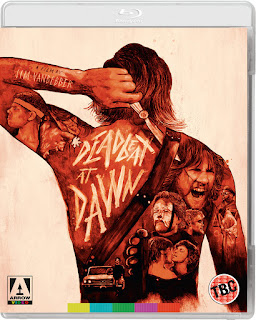 What can I say? Deadbeat is fucking awesome. After finally having seen it, I certainly understand the love for it. And I can tell you, had I seen this when I was a teenager, it would have supercharged my love and desire to become a director. You see, in my early teens through my early 20's my friends and I made an insane amount of home movies in the horror and action genre's. For as long as I can remember, I always wanted to be a director. It was my biggest passion, next to comics. Of course that desire fizzled the older I got, but man, had I seen this film back then, I'm pretty sure I would have done anything to get there.

You see, Jim VanBebber not only made this film, but he literally did almost everything in it. Credited as writer, director, star, editor, makeup effects artist and stunts, VanBebber's blood sweat and tears are all over every inch of this celluloid. He may not be the most natural actor, but he's really trying. You can tell. And besides, it's not his acting chops that you're interested in. No sir, because once the film hits the halfway mark, it turns into a balls to the walls action flick that will blow your mind with just how the hell he was able to pull it all off considering it's pretty much a DIY flick. I mean, it's incredible, and I can kick myself for not having seen it sooner.

For a film shot on video in full frame 30 years ago, the fine folks over at Arrow did a bangup job with the transfer. The stark grittiness contrasted with the strong vivid colors are a sight to behold, with the almost pink hued blood-drenched chaos only adding to it's magnificent color scheme. The extra's are where the real magic is though. On top of a slew of his short films, the full length feature documentary Diary of a Deadbeat is worth the price alone, but you also get a healthy dose of other extra's to dig into so really, it's a no-brainer. If you're into cult films, this is a must buy.
Posted by robotGEEK at 11:45 AM