Batman Was Released 28 Years Ago Today 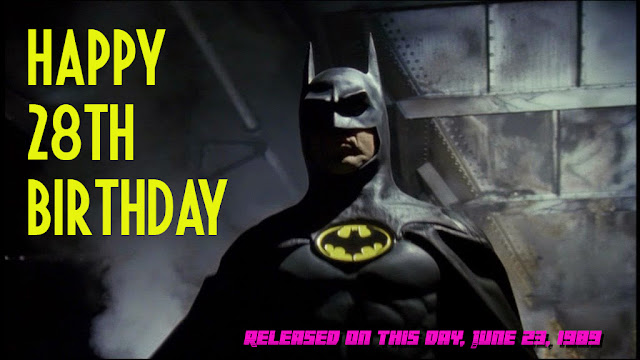 * this is a day late, so it was technically yesterday. But I wrote this yesterday, the 23rd, so that should still count.

Tim Burton's Batman has and continues to be one of my all-time favorite films ever. It's a film that I was obsessed with upon it's initial release, and that obsession has not waned in the least bit ever since. I still love it, and frequently revisit it on a regular basis, always buying each new Blu Ray release that comes out, even though they're not any different from the previous one. It's a sickness.

In the summer of 1989, I was a 13 year old kid, and my family and I were driving all the way to California from Texas to visit family (we did this every 2 summers), which took about 3 and a half days. I remember Paula Abdul and Milli Vanilli constantly playing on every single radio station we picked up on the way over there, and I remember stopping at a random convenience store in some small town and bought the novelization of this film from a book rack and ended up reading it in the car ride up there. I have so many vivid Batman-related memories of that summer, so I thought I'd share them all with you here briefly as I wax nostalgic. 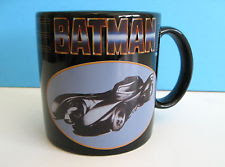 I remember buying so many film related items that summer, like a Batman fabric poster, which I still have, several of the Toy Biz Batman toy line, a cardboard Batmobile sun deflector for my parent's car, and several movie-related Batman t-shirts that were literally available everywhere (the merchandising machine on this film was insane and unprecedented). But the one item that I still covet, the one that I still own and still use to this day is my ceramic Batman coffee mug, which had the  Batmobile on one side. With the exception of a very small minor chip at the top, it's still in pristine condition and I refuse to let anyone else touch or use it to this day. 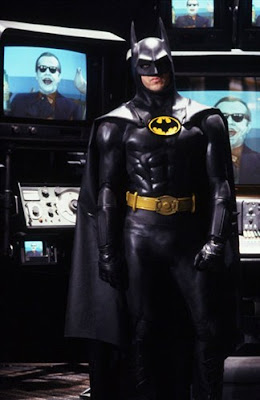 When I got to the theater in the city of Lancaster, CA that June 23, 1989 wearing my glow-in-the-dark Nicholson Joker shirt, the line literally stretched around the entire building. This was the my first experience ever dealing with a long line for a movie. But I waited, and we eventually got in to see it and that one movie screening changed my life forever. I became obsessed with Batman after that and it was all because of this movie. Ultimately I would end up seeing it in the theater a good 6-10 times and then an innumerable amount on VHS.

Is the film perfect? No. I'm a realistic guy and I know the film suffers from quite a few problems. I know there was a better film in there somewhere but the one we did end up getting wasn't bad either. In fact, from a design standpoint, it's phenomenal. No other film had come out before that looked and felt like this one did. At the time I had no idea who Tim Burton was, even though I'd seen Beetlejuice at the theater the year before and didn't like it (at the time), and being 13 years old, I didn't have a clue what a production designer was, much less Anton Furst, the man who created the industrial gothic look and tone of Batman, who also designed the best version of the Batmobile ever. And then there's the man who designed and created the batsuit, Bob Ringwood. Hands-down my favorite version of the Batsuit in the entire history of film versions and still the best in my humble opinion. 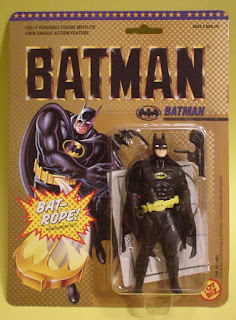 And minus a few issues like structure and a weak ending, the film overall is tremendously entertaining and endlessly enjoyable. There's just a very fun, yet deadly serious and ominous tone, which is totally contradictory I know, but that's exactly what this is and in a very odd way, it works. There'd never been a film like this before, much less a superhero film, and though the current DC Movie Universe is flooding the market with them these days, they still haven't been able to pull it off as effectively as Tim Burton, writer Sam Hamm, and designers Anton Furst and Bob Ringwood. It seems now though that DC has taken all the recent negative feedback and are slowly scaling back on the dark and dreaded tone.

I feel that a lot of what makes this one so much fun despite it's dark gothic tone is Danny Elfman's iconic score. It's perfectly fitting for the material and adds so much to the experience. It's also a sad reminder that we don't get these kinds of scores anymore, no matter how big the film. It seems that composer's are all tapped out of themes these days, because I can't remember the last time we've gotten anything vaguely in the league of scores from Williams, Elfman, Eno and Badalementi. Nothing memorable or iconic, not even for the big superhero films. which is sad.

This past year I had the pleasure of seeing this film on the big screen again as part of Cinemark's Classics Series, and I felt just like a kid again. Even though I've seen it hundreds of times since then, it didn't lose any of it's appeal or entertainment value, and was just as good seeing it for the something-hundredth time as it was 28 years ago.
Posted by robotGEEK at 12:11 PM