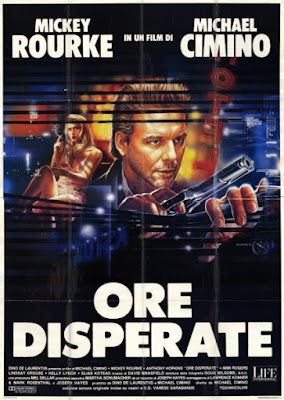 As I slowly dig into enigmatic writer/director's short but eclectic career, I decided to follow up my disastrous screening of Heaven's Gate (more on that in another post) with this little seen, little mentioned and often overlooked thriller from 1990. Re-teaming with his Year of the Dragon star Mickey Rourke, Desperate Hours is somewhat of a departure for the megalomaniac filmmaker. For starters, it's a modern film and not historical, which he seems to jump back and forth to between films. And secondly, he didn't write or co-write this one. He's merely the director this time around as well as a producer along with Dino and Martha De Laurentiis. But that's why I was excited. Because if Year of the Dragon is any indication, I seem to like his gritty thrillers more than his extravagant big budget historical epics. So let's dig in.


An escaped con (Mickey Rourke) on the run from the law kidnaps a rich dysfunctional family and hides out in their home while he waits for his accomplices to arrive, all while the law is closing in on him as tensions inside the house come to a boil.

Desperate Hours is a really solid little thriller in the absolute best possible sense. It demonstrates the best of what Michael Cimino can do within the thriller genre and a tight script, even though he didn't have a hand in the script personally. And I must admit, I was a little bit apprehensive going in because on the surface, I was wondering how a film that's primarily about a family being held hostage in their own home could be thrilling, engaging or entertaining. But rest assured, it is. Cimino infuses this film with enough of his claustrophobic sensibilities (if you've seen any of his films then you know what I mean) and keeps the film gritty, yet highly stylish in a genre where this film easily could have gone unnoticed. And the sad thing is that it largely has. People have either never even heard of it or have, yet never bothered to watch it, which is a damn shame because it's quite frankly an excellent film all around. 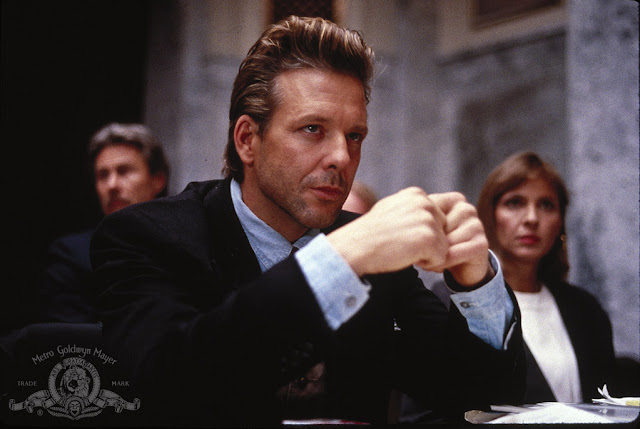 This was a pivotal time in Mickey Rourke's career. His career defining roles were becoming less and less, and his personal troubles becoming more prominent in the headlines. The year before he had made a film called Wild Orchid with his then girlfriend Carrie Otis, and hell, I was young enough to not give a shit about any of that but his tumultuous relationship with her on and off the set seemed to just always be in the news, so whether I wanted to know or not, I knew about it. And it's because of his personal issues and on-set behavior that quality work became less and less. However, he was able to knock this one out of the park in classic Rourke fashion before falling victim to the "villain" label in numerous low-budget action films from then on out. That is until The Wrestler proved to us all that he could still in fact deliver a helluva performance.

Anthony Hopkins turns up as the bullish angry lawyer husband who's in the throes of a bitter divorce from his wife, Mimi Rogers. Hopkins is interesting in this one. I've seen him in a LOT of films, and this was made a year before he gave the world his career defining role of Hannibal Lecter. Very much like he does in SotL, he uses an odd accent that I can't quite place. At times it seems he's trying to do American, and at others, a whole other accent altogether. If you watch any of his other films you'll notice he doesn't ever do that, sticking to his native tongue most of the time. But in here, it was just so distracting that I didn't know what to make of it. The cast is rounded out by some notable character actors like Kelly Lynch (Roadhouse), Dean Norris (Breaking Bad), Elias Koteas (TMNT 1990), David Morse (12 Monkeys) and Shawnee Smith, who just 2 years before headlined the excellent The Blob remake in 1988, but here plays just another annoying and forgettable teenage daughter. 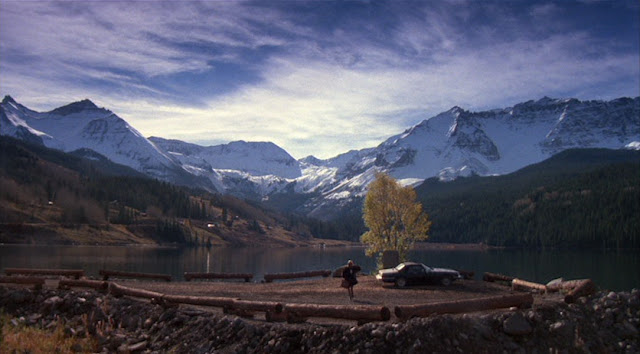 One of the biggest surprises for me was the film's structure and pace. While a large part of it takes place within the Cornell house, the film does an excellent job of taking us outside throughout the film as we look at the story through the eyes of the detectives on the case. And it's really with these moments away from the house where the film really shines and Cimino is able to do what he does best, and that's giving the film a true sense of his visual magic. Despite his history of being pretentious, a perfectionist and megalomaniac, it's with films like this and most importantly Year of the Dragon, that reminds me that while all true, he was still a highly gifted visual filmmaker. He knew how to add tension where it needed it most, and does it with a mostly even hand, giving the actors room to work their magic, while simultaneously filling nearly every shot to the brim with a constant sense of claustrophobic dread. I've never seen another filmmaker who's been able to do that the way he does and if you pay attention, it might blow you away as it did me. Sadly, Cimino would only go on to direct one more film after this, The Sunchaser a full 6 years later. 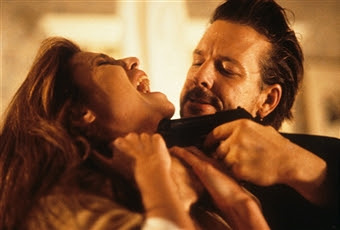 On the surface, there's nothing really remarkable about this little film, which is probably why it didn't do very well and has largely gone unnoticed. But if you like a razor-sharp edge-of-your-seat thriller, full of tense moments, unflinching violence, a top-notch performance by Mickey Rourke, a score that gives that film a punch of bravado, and some of the most keen visuals Michael Cimino has to offer, then look no further and give this film a shot. It makes for a perfect Sunday afternoon viewing.

How to see it:
Currently here in the U.S., there's only ever been one single DVD release from 2002 that you could pick up really cheap, which is what I got. Thankfully it's in widescreen. I don't know. It seems like his films just don't get much love when it comes to releases. Much like his Year of the Dragon, it's only gotten the one here in the states, in a very bare bones no frills edition. If you have Amazon Prime, you can watch it for free, and that would probably be the smartest way to go since it will be in HD and I'm sure will look far better than the old DVD. To date, no Blu-Ray has been released and none on the horizon, but I know of a French Blu-Ray available and I'm sure there are other regions that probably offer this that I'm not aware of yet. 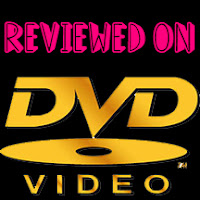 Posted by robotGEEK at 3:26 PM