80's Thriller Throwback: Out of Bounds 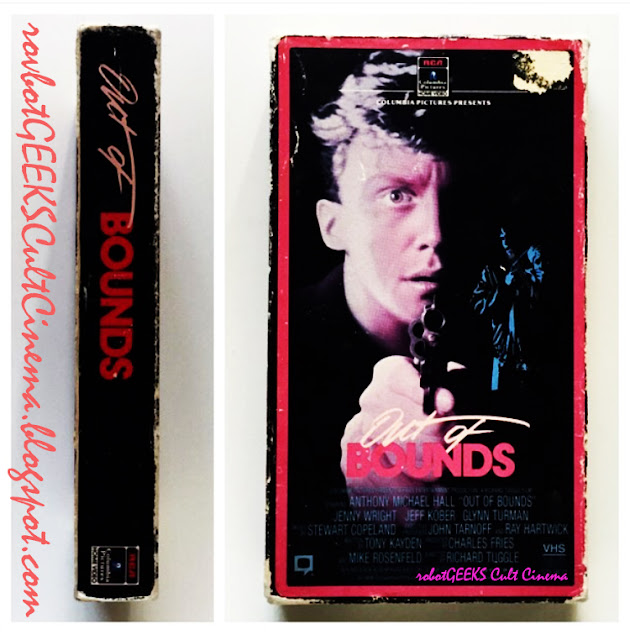 Easily one of the more memorable films I remember watching in this genre back as a kid in the 80's, this one ultimately proved to be more difficult to track down simply due to the fact that it's never gotten a legitimate DVD release still to this day. So VHS and Laserdisc was my only option, and unfortunately, the VHS doesn't come cheap. Or, it doesn't come as cheap as it should, rarely ever showing up for under $20. Not knowing whether this was actually any good or not made that price tag something that kept me from pulling the trigger countless times. Eventually I found a pretty beat up tape on eBay for just over $10. Still too high for my liking but it was the cheapest I'd seen in forever. So let's dig in.

A farm boy (Anthony Michael Hall) heads to LA to stay with his older brother after high school. It couldn't be a better time for him either, since his parent's relationship soured and things are rough at home. When he accidentally grabs an identical duffel bag belonging to a drug dealer (Jeff Kober) full of heroin at the airport, the owner will do anything it takes to get it back. With the help of a friendly waitress (Jenny Wright) he befriended on the plane, he tries to outsmart the drug dealer while also trying to convince the cops that he's innocent and it was all a mixup.

While it ended up being a pretty great thriller, I don't think it justifies charging $20 for an old VHS tape. That's pretty much the thing that kept running through my head until it was over. I kept hoping something would happen, or that the gears would shift dramatically to WTF? territory (the way Band of the Hand did) that would justify people charging ridiculous prices for an old VHS tape that really isn't all that in demand. Yet it was a good film, with strong performances (especially from Hall), a solid soundtrack (there's even a sequence that takes place in a club where Siouxsie and the Banshee's are performing), and an entertaining cat-and-mouse game that keeps you on your toes. Had the film been missing any one of these elements, it would easily have become forgettable. Thankfully it isn't, and whether you are a fan of these types of films or not, you can't deny that it's an expertly crafted thriller full of style and substance. 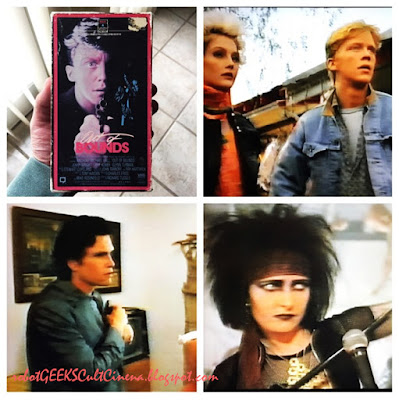 One of the things that really makes this a standout is it's excellent cast. While Jeff Kober (as the resident villain and drug dealer) always turns in a winning performance as the villain, it's really Anthony Michael Hall who shines in this one. Having just come off a string of John Hughes comedies like Sixteen Candles and Weird Science, along with a drama in The Breakfast Club, taking the lead in an action/thriller was a huge change of course for the guy and he couldn't have pulled it off more flawlessly. Even though I kept seeing Gary Wallace or Farmer Ted, it's his attitude and confidence that really sells it. He's still a young guy, but he's definitely grown and matured in the year or two since his John Hughes days, and carries himself with an air of bravado that really goes a long way. It ends up coming off as shocking, but in a pleasant way. And he sells the shit out of it.

The biggest thing about this film that surprises me the most is not how good it is or how strong the performances are, but rather in the team behind the camera. For starters, the sole writing credit is credited to Tony Kayden, who's done mostly television work, with his only other standout being the 1989 sci-fi film Slipstream, that costarred Mark Hamill and Bill Paxton, and directed by Tron helmer Steven Lisberger. Yet I don't ever hear much about Slipstream to begin with, so I'm not sure if that's even a good example. But Out of Bounds is directed by a guy by the name of Richard Tuggle, who's only ever directed 2 films in his entire career, the Clint Eastwood thriller Tightrope (which he also wrote) and this one. So there's a sort of strange combining of forces that came together at just the right time to deliver a film that easily proves that despite a somewhat lacking track record, they can still pull off a highly effective and engrossing thriller in an over-saturated market.

I hope this gets a legitimate Blu Ray release someday. For the life of me, I can't understand why it hasn't happened yet, or why it's never been found on DVD for that matter in all these years. Hall is somewhat of a revelation in this, and Jeff Kober does what he does best and does it well here. The impossibly cute Jenny Wright (Near Dark) also does a splendid job in her role as the trusting friend who gets sucked into the nightmare. Solid direction, a tightly wound script and razor-sharp tension outline a film that is begging to be rediscovered. 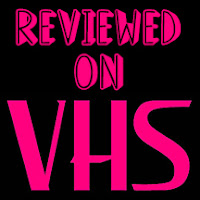