THE ROCKY IV SOUNDTRACK; EASILY ONE OF THE BEST ROCK SOUNDTRACKS EVER

Recently I've gotten into soundtrack collecting. I guess I've always been a fan and have casually purchased them here and there in different formats, but lately I've really gotten into it. About a month ago I was perusing a local record shop that just recently opened and I found this soundtrack on cassette literally as I was walking out. It was more of a casual afterthought that I picked it up because it was so cheap, maybe like $2. So I figured why not?

When I popped this baby in while I was doing some house-painting, it was just the thing I needed to keep me pumped while working solo in the house. I was shocked at how great this was. I mean, I remember the James Brown song "Living in America", and of course "Eye of the Tiger" by Survivor, but I had totally forgotten all the other great rock songs littered throughout this film, some that are even better than the songs this film is mainly known for, most notably "No Easy Way Out" by Robert Tepper, which was played during a montage sequence in the film. Man what a fantastic fucking song. But then when I looked at the song list on the back of the cassette my mind was blown even more with the discovery that none other than Vince DiCola of Transformers: The Movie fame, had also done the score for this, with 2 of his excellent synth tracks included in this soundtrack. I'm telling you, pick this soundtrack up. CD, vinyl, cassette, whatever floats your boat. It's amazing and quickly becoming my GO-TO soundtrack and all-time favorite. 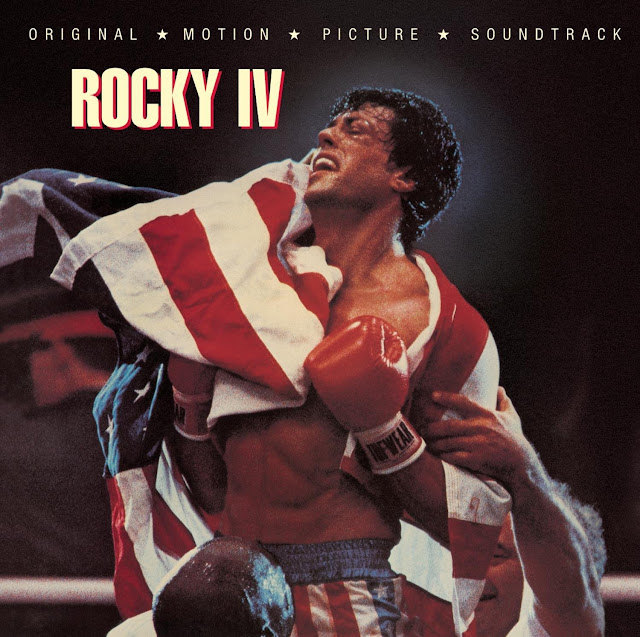 Posted by robotGEEK at 9:54 AM