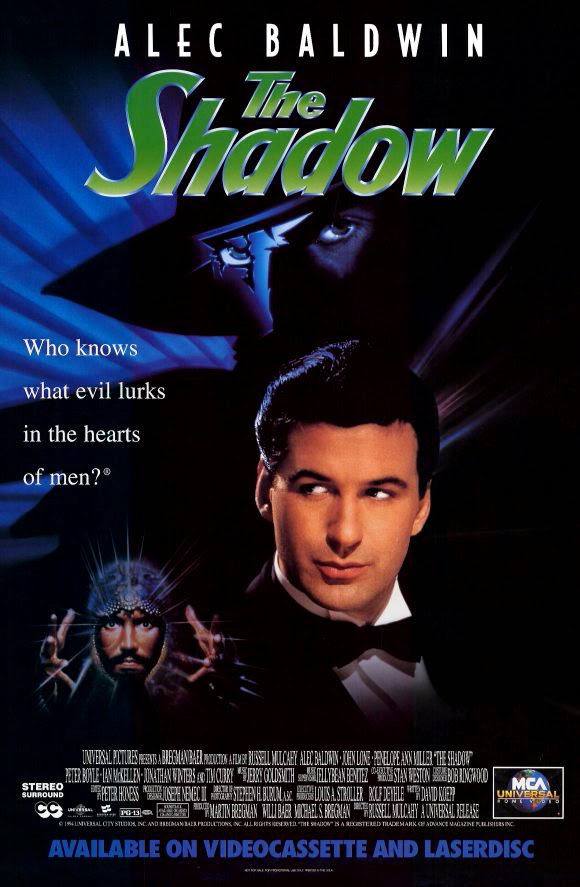 Russell Mulcahy is a baffling director, and I can't stress that enough. When the guy is firing on all cylinders, he can knock out some pretty stellar work. Unfortunately these moments are few and far between in his long and vast directing career that spans over 3 decades. Let me put it this way. The same director released both one of his best films and one of his worst films the same year with Ricochet (one of his best) and Highlander II: The Quickening (one of his worst). And if you didn't already know beforehand, you'd never guess the same guy made both of these films as aesthetically, they couldn't be anymore different. Whereas Ricochet is undoubtedly one of his most visually impressive works to date, infusing every single frame of film with so much style that it's almost too good for this type of film, Highlander II comes off as one of the most visually bland and uninspired messes in recent memory, and that's coming from a guy who actually loves his original Highlander (despite it's problems) to death, while most do not. Even I agree that Highlander II is an un-savable mess, no matter how many ways you cut it.

Aside from the excellent Ricochet, let's not forget that Mulcahy is also responsible for other great pieces of work like the original Highlander and Razorback in the plus department. I can now easily count The Shadow among them. Let's forget for a moment that Russell Mulcahy has directed so many humdrum direct-to-video misfires and an endless barrage of television and music video work and focus more on the few gigs worth noting, the few bright spots in his eclectic filmography. Films like The Shadow.

I'm not going to say that this was a great film, but it's a good one, and a notable effort in his mixed bag of varying degrees of success. Watching The Shadow brought back fond memories and more similarities of Dick Tracy than I remember. Both have great production value, design and ambition. Both have an impeccable visual brilliance and casting, but they also suffer from the same problems that keep them both from achieving greatness.

One of the things that this film, along with Dick Tracy, suffers from is that it teeters on both serious and playful, not ever really finding that right balance. And that's not necessarily Mulcahy's fault. David Koepp's script often spends too much time having to explain things, and not really enough time entertaining us. There's a lot of exposition, but none of it is terribly interesting. We get a lot of Lamont Cranston's/The Shadow backstory and a plot regarding an atomic bomb being set off in the city, but what we don't get is a lot of cool scenes of The Shadow running around fighting crime in that cool-ass cape. Baffingly, those sequences are few and far between and for a movie called The Shadow, we see very little of that character. If I had to guess, I'd say maybe 15% of the time? Which honestly just isn't that much time at all. It's like having Michael Keaton in the Batman suit for only 20 minutes of the movie!

Completely unaware that Shout! Factory released this at some point in the last couple of years, I refused to watch Universal's 1997 DVD release because it was in dreaded Full Frame. So I was able to track down a Letterboxed Laserdisc for next to nothing and it also gave me an excuse to dust off the ol' player. While not in true widescreen, it's definitely the next best thing and far superior to Full Frame, though as we all know, Laserdisc just isn't up to snuff with DVD in terms of quality. But whatever. The point I'm getting at is that I'm glad I waited for the Laserdisc to check this out because visually, The Shadow is lush with vibrant imagery and an aesthetic that displays Mulcahy's knack for directing. None of this would be apparent had I watched this in it's most common form, the dreaded pan and scan/full frame edition from Universal back in '97. If this stuff matters to you, like it does me, it's worth the effort and extra bills to track down Shout! Factory's more recent release, or grab it's Laserdisc for fairly cheap on eBay.

Overall I actually quite liked this film a lot, if anything for it's impressive style. The production and design of everything in this in terms of the decor, sets, cityscape, wardrobe, and camera work is very impressive. The cast, led by Alec Baldwin (back when he was starring in films) is pretty fantastic as well. Penelope Ann Miller is criminally hot in this, and if you can look past John Lone's silly fake beard, he pulls off villain mode rather well. Ian McKellan, unfortunately, is a waste in this. He plays a scientist that's forced to create and activate the bomb and I'm not entirely sure, but I believe he was going for an American accent in this, but it's honestly hard to tell. Most of his scenes though are carried out while he's in a subconscious fog having been hypnotized by Shiwan Khan (John Lone), the descendant of Genghis Khan, to build and deploy this atomic bomb for him. So he's kind of just there in body, but he's not really all there in spirit and it just seems like such a waste for an actor of his caliber.

It feels like it needed to be a little more fun with a lot more action, so in that department The Shadow fails, but only marginally. I do have one question though. Why is it that when Lamont Cranston is in Shadow mode, he looks almost exactly like his brother Billy Baldwin? Part of the deal is that when he dons the cape and mask, his face physically changes. But I wonder if they purposely tried to make him look like his brother? I can't be alone in this thought.
Posted by robotGEEK at 11:49 AM