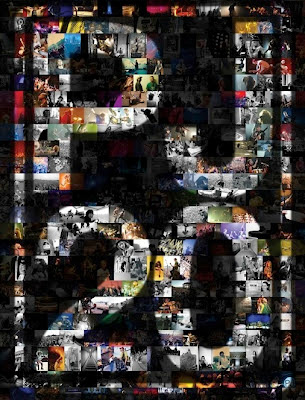 I remember when grunge seem to come outta nowhere and take over the music scene back in the early 90's, and for me, it wasn't until I saw Cameron Crowe's Singles at the theater in 1992 that I even became aware of "grunge" music. I don't know, maybe I was pre-occupied with films or just hanging out with my friends, but at least from where I was raised, unless you lived in Seattle, you hadn't heard of grunge music yet. But once Singles hit theaters, I was hooked. Though to be honest, I was always (and still am) more of a Nirvana, Smashing Pumpkins and Soundgarden fan. But I've always kinda dug Pearl Jam. More so there radio hits. Just not as much as say Nirvana.

Cameron Crowe writes/directs/produces/narrates this exhaustingly informative and captivating documentary on the bands formation all the way to it's recent twenty year anniversary using new interviews, archival footage, home videos, news broadcasts and everything in between. This methodically detailed and fascinating documentary also chronicles the bands tumultuous relationship with there alternative counterparts Nirvana, as well as there decades long friendship with Soundgarden.

One of the best things about Pearl Jam Twenty, even if your not necessarily a fan of there music, is that it gives great insight in highly detailed research on the 90's grunge/alternative music scene. This is the part I loved the most because watching these bands from Seattle battle it out for dominance and how they influenced a generation of music lovers and musicians, even right down to how they dressed was just so fascinating to me. Being 36 now, I was a highly influential 16 year old back in 1992 when these bands really took off and were taking over MTV (when MTV actually played music videos all day) and the radio airwaves and I soaked it all up. From that core group of grunge/alternative artists that emerged from Seattle, my tastes later expanded to bands like Dovetail Joint, Fountains of Wayne and other alternative groups which led me into "Indie" music, of which I am still a huge fan of.

You don't necessarily have to like or be a fan of Pearl Jam to enjoy this documentary. Cameron Crowe puts it all together in such a way that whether you dig there music or not, you will thoroughly enjoy this history lesson of where and how the grunge scene was born and how Pearl Jam just so happened to be a major part of it.
Posted by robotGEEK at 3:36 PM