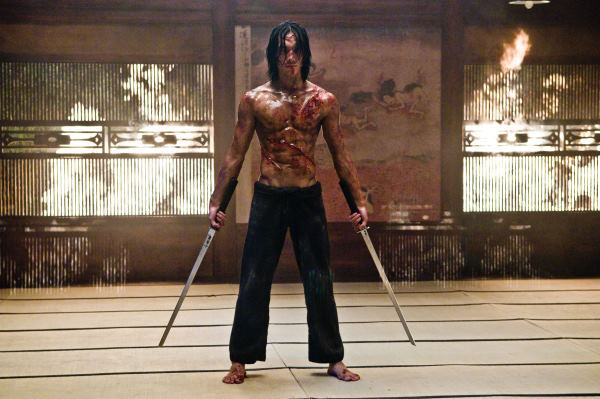 The Best Ninja Film You Haven't Seen (or maybe it's just me?)

Why hasn't anyone told me this movie was so badass?! If you had told me when this came out that it would go on to be one of the best ninja movies ever made, I would have told you you were crazy. Given the fact that I actually haven't seen it until now, even though "ninja" films is one of my favorite genre's, it just goes to show you that I had no trust in this. Boy was I wrong.

Doing some research, I found that one of the films biggest criticisms was it's simple story. But I actually found that it works in its favor, allowing the action, choreography and incredible stuntwork to take center stage, because really, that's where Ninja Assassin shines. Yet at the same time I don't agree 100% with the criticism, because unlike a lot of other ninja films, this one really digs deep into the whole mysticism angle of the ninja mythology. There were things done in here that I've never seen in a ninja film before, and combined with it's incredible ninja action, makes this one a standout in the genre.

Ever since I was a little kid, I've always been a fan of ninja films. I'm not going to say I've seen them all, because I haven't. In fact, I still haven't seen some important ones in the genre, or even some of the better known shitty cult classics from Godfrey Ho, but I've always had a love for this genre for as long as I can remember, going all the way back to the early 80's when Sho Kosugi was literally known as the ultimate ninja. So imagine my surprise to discover that not only does he appear in this film, but that he plays such a big integral part in how everything plays out. Not only that, I dare say that this is hands-down his best performance on screen. Listen, I love the guy. I grew up idolizing him, and discovered an all-new appreciation for him all over again well into my 40's, but he was never a good actor. Competent...yes. But he will be the first to tell you (which he's done in countless new interviews), that he doesn't consider himself an actor. He was and is a martial artist first and foremost and does realize his shortcomings when it comes to acting, which he never claimed to be. He'll flat out tell you he's not an actor. But here, he shines in a way I'd never seen before. Not only with his acting ability, but in the way he delivers his lines. Even today, I always find it hard to make out what he says without subtitles because of his thick accent, but that's not even an issue here. And I found his villain role to be far more suited to his special set of skills. 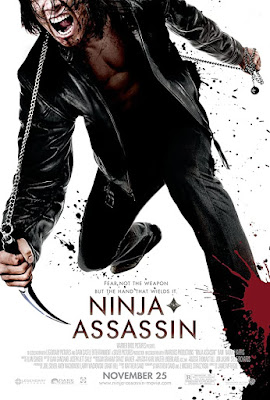 The main star here is an actor by the name of Rain, who is also a world famous South Korean actor, singer, songwriter and producer. I guess in today's era, you'd call him a K-Pop star. He does a good job here as the super fit, super lethal and super mysterious ninja Raizo who doesn't say a whole lot, but can kick a whole lot of ninja ass.

Director James McTeigue, who cut his teeth as an assistant director on films like The Matrix Trilogy and Dark City, and eventually became a director with his first film V for Vendetta, does an outstanding job here. One of the reasons I avoided this for so long was because given the era when it was released, I assumed it would be another shaky-cam/quick-edit choppy mess a la films like Taken. But this was not that. McTeigue does an outstanding job giving the films a slick aesthetic, while also reminding you why you loved ninja films in the first place. While there is some CGI implored here, I'm here to tell you that it's not only flawlessly integrated into the action, but this is one of those rare moments in a modern action film where it actually enhances everything, instead of doing the opposite and actually ruining an action scene like so many films seem to still do today.

Ninja Assassin instantly became one of my Top 3 Ninja films of all time, right along side Pray for Death (1985) and Revenge of the Ninja (1983), all which coincidentally star Sho Kosugi. Yes, do it's that good, and if you haven't seen it yet, do yourself a favor and check it out pronto.


Ninja Assassin is currently streaming on Netflix in the United States
Posted by robotGEEK at 1:20 PM