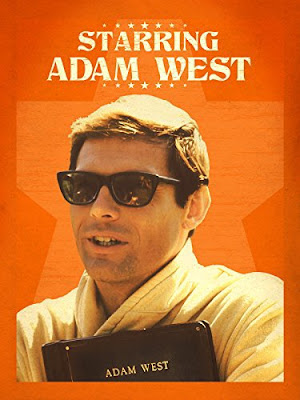 While Adam West isn't really "my" Batman (I grew up obsessed with Michael Keaton's Batman, being 13 when Tim Burton's landmark superhero film was released), I've always enjoyed his ability to poke fun at himself. I mean, his stint on Family Guy is fucking legendary now. But I guess I never really knew just how weird he really was, because this delightful documentary showcases his odd sense of humor front and center as he details his life growing up on a farm, moving his way up the Hollywood chain until becoming the character that would ultimately define his entire life and career.

You also get to hear a lot about his personal life firsthand, including many rough patches both professionally and personally from the man himself, which just goes to show you that no matter how much you're loved and no matter how successful you are, none of us are perfect.

Browsing Amazon one day this popped up on my radar, and I intended to throw it on as background noise while I did some other things, but lo and behold, it sucks you in from the beginning and ultimately we sat there and watched the entire thing and it was entertaining as hell. 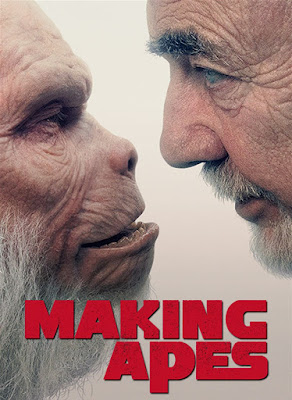 Here's another documentary I was completely unaware of until it just randomly showed up on Amazon while browsing. Though I will admit I had this one sitting in my Watchlist for a little while before I finally decided to give it a go, once I threw it on I was instantly captivated by it's impeccable storytelling, a lot of which centers around the personal (and ultimately tumultuous) relationship between a master effects artist and his protege, and plethora of behind the scenes information revolving around this significant series of films.

The thing is, personally speaking, I had no idea just how important or significant the original Planet of the Apes film was in the world of makeup effects. Sure we can look back on them now and kind of smirk at how limited the makeup and effects are, but at the time, it was a huge deal and major milestone in practical makeup effects, a term that wasn't even a thing for many more years to come as you'll soon discover in the documentary.

Even if you're just a casual fan of the franchise, this is an excellent documentary that showcases how the first film came about, it's legendary status in the world of science fiction, and the people who brought them to life, forever changing the world of makeup effects.

"Making Apes: The Artists Who Changed Film" is now streaming on Amazon Prime 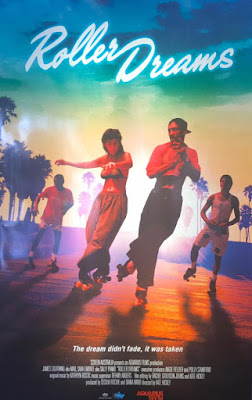 Having grown up in the 80's, I'm always down for any type of nostalgic trip, and this one offers that in spades. Documenting the rise and fall of the rollerskating scene in Venice Beach, CA circa 1984, Roller Dreams takes a look at the lives (then and now) of a handful of local celebrities that turned what was virtually unheard of into something of an Olympic sport, dedicating every aspect of their lives into becoming the best, most original skaters anywhere.

And I'm not just talking about skating. These people were dancing and doing moves that you never knew were possible wearing skates, churning out choreographed numbers to radio hits. They became something of a celebrity, spending countless hours in the blazing sun entertaining massive crowds until the local police and the city decided that they just didn't want them to anymore. Here you get to here from those who lived that dream firsthand and how it all unfolded, changing their lives in many different ways.

While the personal stories are touching, and the way it's all put together is done really well by the filmmakers, the real star of this immersive documentary is the vintage footage of Venice Beach in 1984, of which there is plenty. You're thrown in a time capsule to a time when short shorts, roller skates and headbands ruled and it's such a fun nostalgic trip.

"Roller Dreams is currently streaming on Hulu
Posted by robotGEEK at 2:56 PM