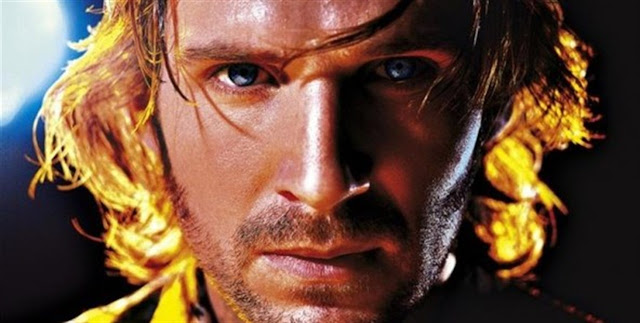 As much as I love 80's and 90's sci-fi thrillers, I kind of forgot about this gem. And that probably has to do with the fact that as of this writing, it has yet to make the leap to Blu Ray here in the U.S., which is a shame because after finally getting the chance to revisit it, HD is really the only way to go.

In the year 1999, virtual experiences are the new drug. Using stimulators worn on top of your head, you can experience anything you can dream of, an experience so real it's addicting, naturally making them illegal. When a former cop (Ralph Fiennes) turned dealer of virtual experiences gets caught up in the middle of corruption and conspiracy within the LA police department, he must use his street smarts and the help of a loyal friend (Angela Bassett) to clear his name and save the life of his former flame. 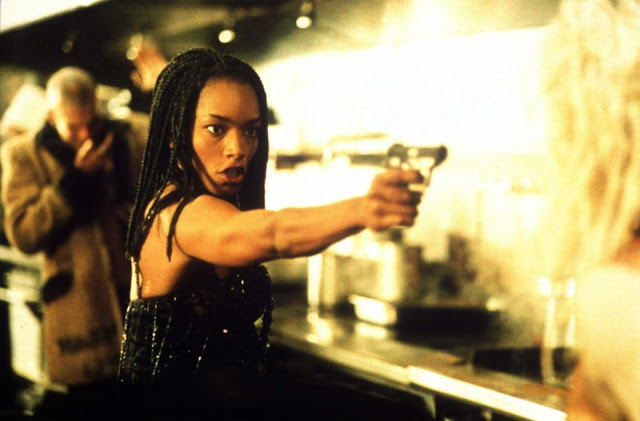 Written and produced by James Cameron and directed by the great Kathryn Bigelow (Near Dark, Blue Steel, Point Break) during what I would consider her prime years of really great output, Strange Days is pure 90's techno/thriller bliss. It has so much greatness going for it, that I'm not even sure where to begin. Let's start with the look of the film. This is when Bigelow was really shining as a visual artist. While she's since become more of an Oscar-worthy filmmaker, I can't say that I've really connected with any of her work outside of the 80's and 90's. For me personally, it's both the subject matter she chooses and it's in how she shoots them now, where she's adopted the handheld freestyle approach. But here, she does a magnificent job giving the film a slick aesthetic that makes full use of the gorgeous widescreen cinematography.

James Cameron co-wrote this with Jay Cocks (Gangs of New York), and I must say, they did a really great job in keeping you fully invested in a film that runs two and a half hours long. The film kickstarts with one of these virtual experiences and you're immediately thrown into this futuristic world via 1999. While a little jarring at first, it's an efficient way to get thrown into this new world full of new technology, but also overflowing with crime and poverty. Through a series of seemingly unconnected events, the film then sets up the crux of the story that's to follow, and you're thrown into a world of corruption, backstabbing, double crosses, addiction, technology and murder. What I loved most about this was that you never really knew where it was heading. It sort of plays it safe in the beginning, coming across as a bit tamer than you expect, only to be punched in the gut as the film progresses. Every time I thought I knew where it was heading, I was wrong. And every time I thought the film was nearing it's end, I was wrong. By the time it was over, I was exhausted, but in the best possible way. There are some really great performances, mainly from Angela Bassett as a total badass, and Fiennes is remarkable in the kind a role that you never would have expected from him, yet he pulls it off flawlessly. The supporting cast is also impressive, with a who's who of really great actors that you're sure to get a kick out of. 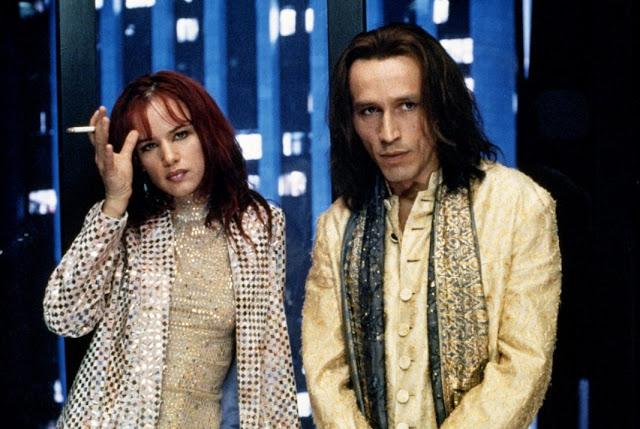 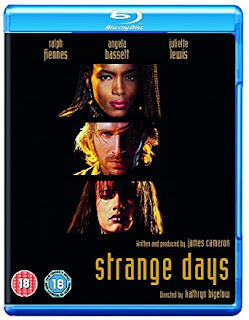 As mentioned earlier, this has never gotten an HD update yet, which is both strange and yet not entirely surprising considering Cameron's inability to make time to even get 2 of his most beloved classics released on Blu Ray. Last I read was that the new transfers and restorations for both The Abyss and True Lies had been complete, but he was quoted as saying he simply did not have the time to dedicate to checking out these new prints for release. It's been years now of constant teasing, but still nothing concrete yet. And the same goes for Strange Days. Still no HD release in any form as far as I can tell. I couldn't even rent it on Amazon. Luckily there is a Region B Blu Ray release from the UK that you can get for under $20 (that includes shipping). If you have a region free player, then you're all set. I should warn you that it was a little tricky getting it to play for some reason, even with my region free player. Not sure if it has to do with the Blu Ray itself or my LG brand player, but it took me several times with no luck. I finally had to play a different Region B Blu Ray for a little while, then switched it out to Strange Days and it finally got to play. But that's never happened to me before with this particular player. Just a heads up in case you encounter the same issue.
Posted by robotGEEK at 2:12 PM