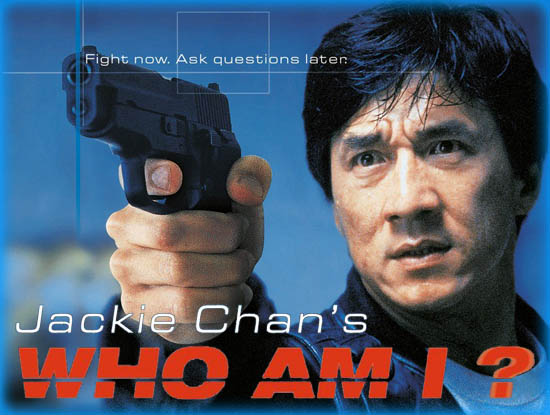 I tell you, this Pandemic has really brought a lot of my insecurities to the surface. I see my view count drop significantly on here, and in moments of weakness, I wonder if I should even bother continuing on here or not. I guess we all go through moments like that, but for me it seems to feel like this more and more and I honestly just want to give up on this. And who knows? Maybe I will. But for now, I'll keep trucking on in the hopes that someone out there is still actually reading these and maybe even turn you onto a hidden gem.

Though I've always been a big fan of Jackie Chan for nearly my entire life, this is a film I wasn't really even aware of until recently. And I think I only came across it when digging through his IMDB page recently too, not because someone actually suggested it. It's funny how films can slip through the cracks for some people. So it was literally a blind buy. The concept sounded interesting, and it's a film that he directed himself, something he rarely does anymore. But I sadly discovered that here in the U.S., there wasn't a widescreen release of this for some reason. Australia's Umbrella Academy did release this on DVD and Blu-Ray in widescreen fairly recently, so I'm very happy that I have a region-free player. 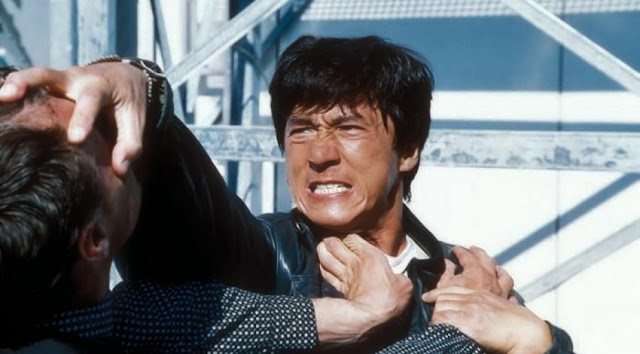 Who Am I? is fucking awesome, plain and simple. I always go in a little apprehensive to his films because believe it or not, I've never really been a big fan of his action/comedies. I prefer his straight-up serious action films like Police Story, Crime Story and The Protector. And the fact that I hadn't heard of this one yet also concerned me. But I'm here to tell you that I was treated to a pleasant surprise. This is quite the hidden gem people, and I hope with the release of this on Blu Ray via Umbrella Academy, that more people will soon discover it. While there are a few funny bits, I would not call it an action/comedy, because there were so few moments that they attempted that. But thankfully, those moments were actually legitimately funny. But it's pretty much a straightforward serious approach for the most part. There's no fighting for the first 45 minutes (which didn't bother me at all because your really sucked into his story of survival), but let me tell you, when the action hits, it hits hard, brutal and fantastic. It's classic Jackie Chan all the way and it blows my mind this isn't considered one of his best films, because in my humble opinion, it is.

In some respects, it reminded me a lot of Rumble in the Bronx, in that it's a co-production (this time with South Africa I believe?), and so there's some really bad acting and dubbing mixed with some solid acting and moments where there is no dubbing at all. But we're not here for the acting, we're here for the action, and in that respect, Who Am I? is brutal and it quickly became one of my favorite Jackie Chan films. 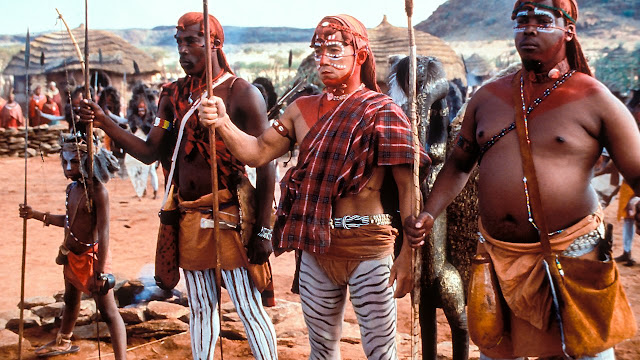 What I found interesting is that this was made the same year he also made the first Rush Hour. To think that the same year he wowed American audiences with a new hit action/comedy franchise, while also making his own film outside of the U.S. is surprising to me. When did he sleep? I don't know, but I'm glad he didn't because this movie fucking rules. I was also surprised to learn that after this, Chan didn't direct another film (outside of a few documentaries) for another 12 years. Interesting. 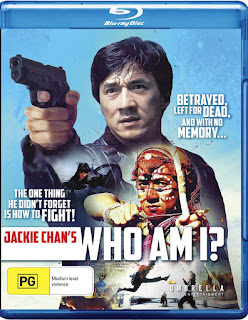 I hope this convinces some of you to seek this one out. If you're looking for an old-school martial arts action film, you can't go wrong with this one. A true hidden gem among Chan's work, Who Am I? delivers the goods tenfold. Now that I look back on it, it's really the last film Chan starred in and directed himself that really represented the type of film he became so famous for back in the 80's and especially into the 90's, before special effects.

Speaking of Umbrella Academy, I will say that most of their Blu Ray's actually are Region-Free, even if they do have a region code on the back of the packaging. But I've learned that "some" Sony Blu Ray players won't play them, but other brands will. I learned this firsthand because my previous Blu Ray player was a Sony, yet it wouldn't play certain Region-Free discs. I've since upgraded to an LG Region-Free player so I'll never have that issue again and I love it.
Posted by robotGEEK at 3:55 PM