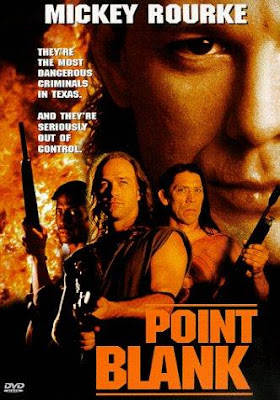 Die Hard in a Mall 90's Style
by robotGEEK
This is a film that has been recommended to me many times by several different people over the years. I never made the time though. There are just too many movies and not enough time to watch them all. Though, if they had mentioned that this was basically "Die Hard in a mall", then I can guarantee you I would have made much more of an effort to see it sooner. But here we are. I finally watched it, out of the blue, on my own accord, and boy let me tell ya. I wish I had listened to all those people and seen it sooner because this was badass.

A group of prison inmates, during a prison transfer, break free by killing the guards and take an entire mall hostage. When ex-cop Rudy Ray (Mickey Rourke) learns his brother Joe Ray (Kevin Gage) is one of inmates involved, he secretly infiltrates the mall and attempts to save his brother, while also taking out the other inmates one by one. 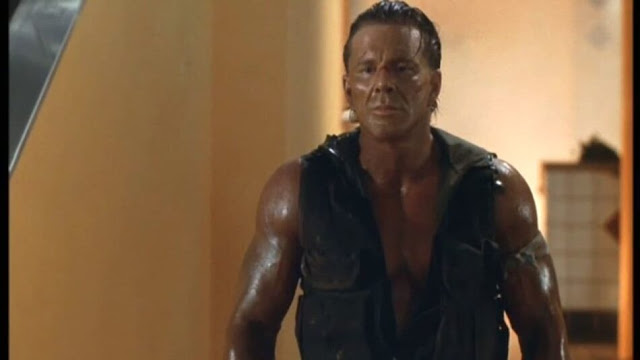 Released in 1998, this actually stars 2 alumni's of Michael Mann's Heat from 3 years earlier; Kevin Gage (who played Waingro in Heat) and Danny Trejo (who played Trejo). Gage is actually one of the main leads here, which really surprised me. While Mickey Rourke is top-billed, he really isn't in here anymore than Gage is. And speaking of Rourke, he puts in a really understated performance here. He actually barely speaks, and is just huge, like a linebacker, and ridiculously tanned. Rourke plays the John McLane character, taking out the bad guys one by one in the shadows, like a ninja, and extremely proficient, while also playing Rudy like the strong, silent type. The only time he ever emits an emotion is during 2 different scenes where he cries. Other than that, he's basically a robot here.

Rourke was fine in his understated way, and Gage was surprisingly effective, but the real standout here is Danny Trejo. Jesus Christ he's a mean motherfucker in this. I mean, he's always been a great bad guy, even though in real life his one of the nicest people you'll ever meet, and uses his fame for good. But man, he is so good at being evil. There's even a standout sequence involving Trejo and easily the weirdest pole dancing scene I've ever seen in my life. It's wild. 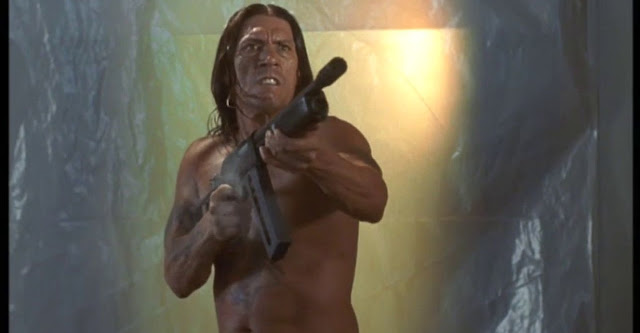 Speaking of Trejo. There are several key moments where he and Rourke battle it out and boy I gotta tell you, those are without a doubt the highlights of the film as these two big buff and tanned guys kick the living shit out of each other.

The film is filled with a surprising amount of well-known character actors (too many to even name to be honest), but with that being said, there is a weak link, and that has to be Paul Ben-Victor, who plays sort of the ringleader of the entire hostage operation. His attempt at playing a flamboyant gay crime boss is odd and so over-the-top that it's completely unrealistic, and not even in a fun way. It just leaves you scratching your head most of the time. 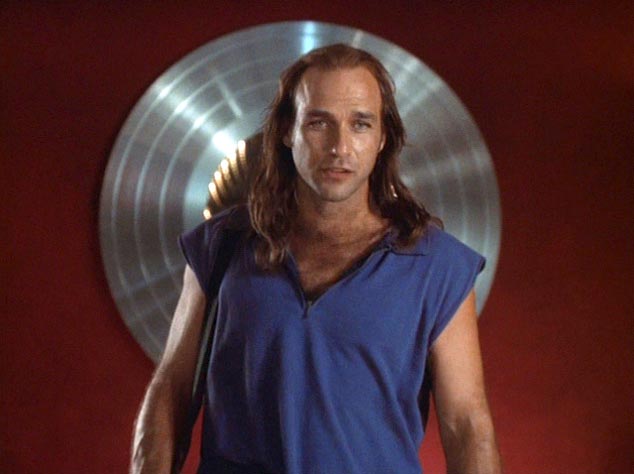 Point Blank is a true hidden gem from the 90's action era. It's a shame that the title and cover art offers nothing in the way of telling you what kind of film to expect going in, which is probably why I stayed away from it all this time. But I'm here to tell you that it's damn good, and certainly quenched my low-budget action thirst. The action set pieces are incredibly well-done and tight, the acting across the board is good, and it never slows down. I mean, there is a ton of action and it's a blast.

Last I checked, it was streaming on Amazon Prime, YouTube and TubiTV.