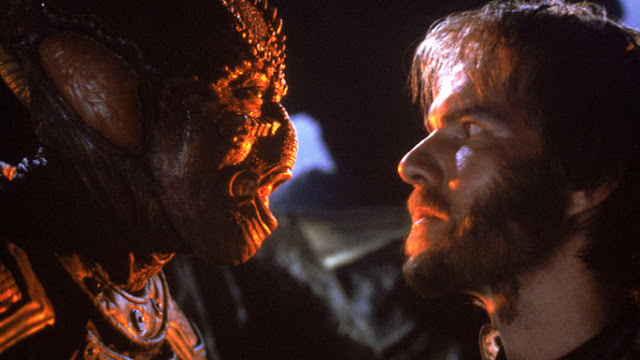 One Of The Best Examples Of 80's Science Fiction. So Why Doesn't Anybody Talk About It?

It blows my mind that this wasn't a film that I grew up on. I think I might have had some preconceived notions about what type of film it was going to be. I guess in my mind I imagined it being a film where the entire running time was spent with a man and an alien talking. And I honestly don't know why I thought that. It could have been that I never (ever) heard anyone mention it, and otherwise prove me wrong. I'm serious. In all my life, I have never heard anyone talk about this movie. How is that even possible? Even as an adult, I never come across posts about it on any of the sites I follow or any of the Instagram pages I follow that should love this movie. Well I finally just decided to give it a try out of the blue, and to my surprise, it's a goddamn masterpiece.

While my initial summation is partly true in that it is in fact a film about a man and an alien stranded on a planet and have to live together to survive, there is so much more going on here. It's an epic sci-fi adventure that manages to seamlessly throw in many different genre's (drama, thriller, adventure, action, science fiction) and elements into a single film, that it kind of gives you a bit of everything. Not to mention that for such a small cast, the acting is just impeccable. You end up feeling for these 2 characters in a way I was not expecting. 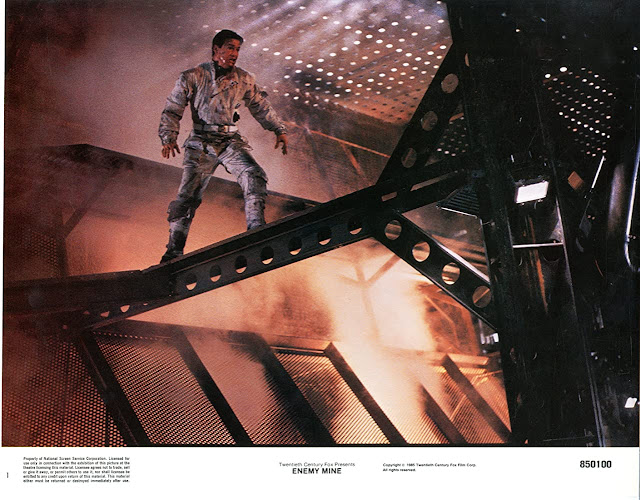 I am so in love with this film for so many reasons, because there's just so much to love. For starters, the practical effects work, production design and overall aesthetic reminds me so much of The Last Starfighter, Starman and Star Trek III: The Search for Spock - all films I love dearly. Then there's Wolfgang Peterson's (Outbreak, Air Force One) visually stunning direction. Coming off the heels of The Neverending Story, he effortlessly dives into science fiction like a pro. The first and last act integrate a lot of visual and practical effects with spaceships, weaponry, battles and space stations that remind us why this era was the best in science fiction filmmaking. 35 years after it's release and what I saw in here STILL looks better than anything put out today with massive budgets.

Even though a good chunk of the film deals with the rocky relationship of these 2 fighters on a desolate and uninhabitable planet, you're invested in it fully. The world that director Peterson and the production team have created is incredible to look at, but Dennis Quaid and Louis Gossett Jr.'s performances are what sell it. While full of dramatic moments, there are also moments that are funny, tender, sad and even horrifying. One word that keeps popping in my head when trying to describe it is that it's full of "heart", and the more I think of it, the more it couldn't be more true. We even get the late-great Brion James as a slimy villain, how much more convincing do you need? 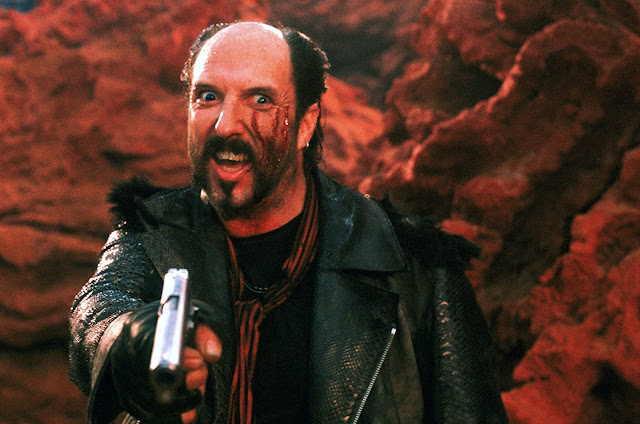 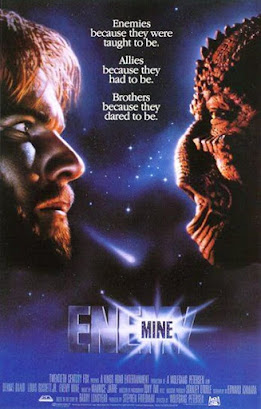 Finally having seen it, it blows my mind that this wasn't a hit, only recovering a fraction of its budget. Even more so that it didn't become a hit on home video, which is where it could easily have recovered some of it's loss. Though it seems like a film that probably played on HBO or Cinemax back in the 80's, I never came across it personally. If I had, I can guarantee you that this would have been a lifelong favorite. And I watched a LOT of HBO and Cinemax back then. Hey, I was 9. And this was right before Nintendo took the world by storm. What else are you going to do during the summer?

What's interesting is that nobody turned me onto this. Somehow it just popped in my head that I need to take the time to finally see it. It could have been while I was digging through someones filmography related to this on IMDB for something and realized I never saw it before. I rented it on Amazon instead of purchasing it because I didn't know if I'd actually like it. Well I fucking LOVE it. I love it to death and immediately after finishing it I looked online to see what releases there were available. It looks like Twilight Time is the first company to release this on Blu Ray in the US, but as expected, that limited release goes for upwards of $100. However, Umbrella Entertainment out of Australia released it on Blu Ray for a much more affordable price and Region Free, which is the route I'm going to go because this needs to be in my collection permanently.