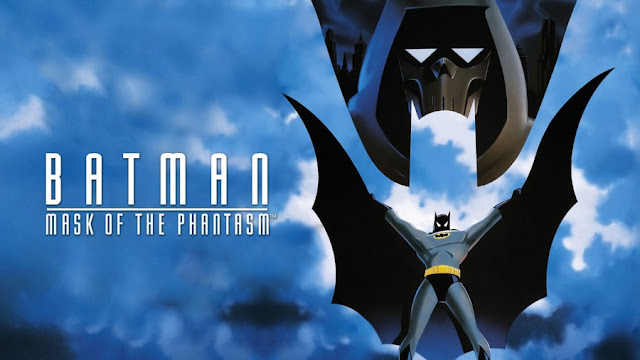 One Of The Best Batman Films Period
by robotGEEK
It blows my mind that it's taken me this long to finally get to this. Mind you, I was obsessed with the landmark Animated Series when it first came out. I remember being in middle school, and running home to catch it every day after school. I bought the toys religiously, and was a bigger fan than your average nerdy kid who just liked the show. Hell, I even have a blanket that I used every single day of my life from the day I bought it back in the 90's. Yet for some reason I never took the time to watch this movie. And we all know the whole story behind this by now; how or why it came to be, and why it did not do well at the box office. If you need a refresher, here's a great video about the whole history behind it and it's reception by Toy Galaxy, one of my favorite YouTuber's who really make great videos geared towards vintage toys and cartoons. You can check that video out HERE. 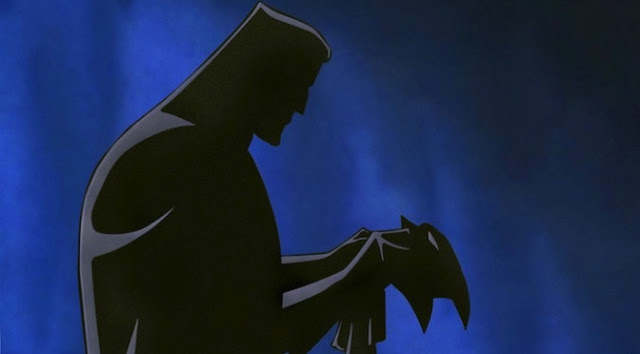 Well I finally made time (thank you Netflix!), and I have to say, it's easily one of the BEST Batman films ever made. This isn't just a longer version of one of the Animated Series episodes. Right from the start you can clearly see a huge upgrade in quality in the animation. So much so that you wish they had put that amount of effort into the episodes, but I understand why they couldn't. And while I will admit that the big reveal was already spoiled for me before going in, it didn't take away any of my enjoyment.
What surprised me was how "mature" this film was, and after having finally seen it, I could see how it could have turned some of the younger audience off who were used to the oftentimes silliness of the animated show. And while the series was always known for it's Art Deco aesthetics, which is beautifully captured here in glorious widescreen, I loved how they pushed it even further in both that area as well as the old film noir genre, making it feel like an old gangster film from time to time, with hints of the feeling of Burton's first Batman film. And if you go in expecting wall to wall action, you're going to be disappointed, because another one of it's many surprises is that it plays out more like a character study set in the world of film noir than anything else. Yes there's action, and boy is it amazing, but the film doesn't try to rely strictly on that to keep you entertained. Instead the focus is on story, and it makes you think. It makes you pay attention. 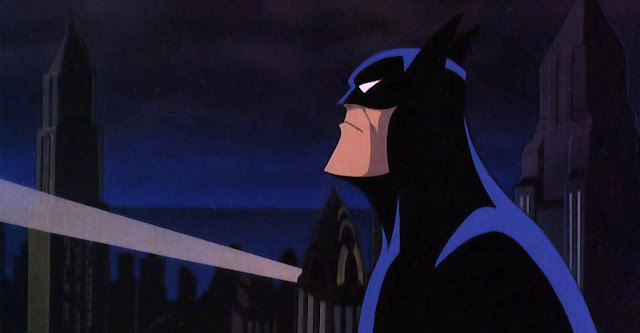 I've been in somewhat of a Batman kick lately, having revisited Burton's Batman  (my favorite film of all time) a few times in the last week alone, and finally revisited Snyder's Batman V Superman for the first time since I saw it in theaters. At this point, I would have to say this is my second favorite Batman film, followed by Christopher Nolan's Batman Begins. I'm looking to revisit the animated Dark Knight Returns Double-Feature soon, as well as finally getting to the live action Justice League, something I've avoided until now, if only to see if Ben Affleck's pitch-perfect Batman performance from BVS carries over to that film. But I loved this. It was better than I was expecting and such a different experience than I imagined going in with plenty of surprises in store.
Batman: Mask of the Phantasm is currently streaming on Netflix in the U.S.. It's also included in the Blu-Ray set of the Animated Series or as a standalone Blu-Ray release.
Posted by robotGEEK at 12:56 PM