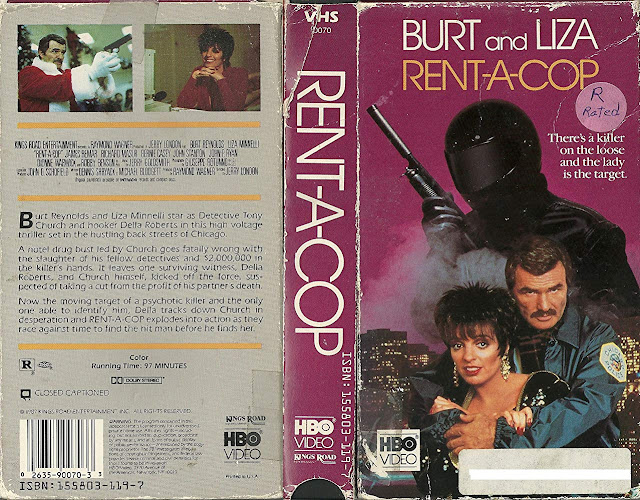 With the passing of Burt Reynolds recently, I used it as the excuse I needed to finally check this one out. I've been meaning to for ages, but never got around to it for one reason or another. So here we are, finally digging into a film that generally gets no love, that both Liza and Burt have called one of the worst films they've ever made. But I tend to love the films that others hate, so I went in with an open mind. Let's dig in.

Released in 1987, the same year as his cult classic Malone, Rent-a-Cop tells the story of Tony Church, an undercover cop who retired after a drug bust-gone-bad and is now working as a security guard and Rent-a-Cop. When a prostitute (Liza Minelli) is being hunted by the killer of that drug bust, she hires Church for protection.

Rent-a-Cop starts off incredibly strong, where we witness this undercover sting operation go south when a motorcycle helmet-wearing bad guy (James Remar) storms in and kills everyone in the room, escaping with the drugs and money. Sadly the film doesn't maintain that momentum and kind of veers off into an entertaining, yet meanderingly tedious second act, before recovering by the third act, ending in a satisfying finale in the same tone that the film began. 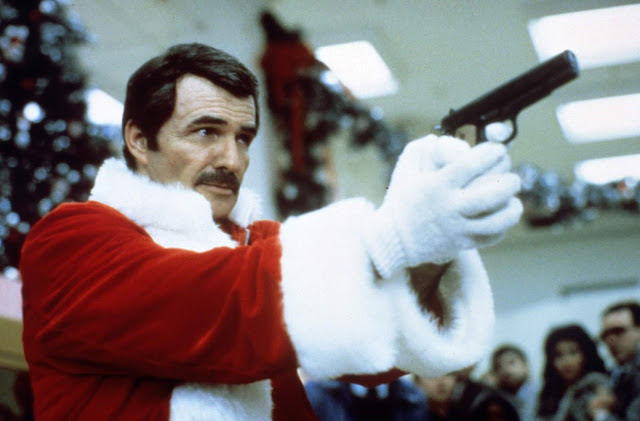 I think a lot of the issues come from television director Jerry London, who just can't make the film look interesting, despite his best efforts. It looks and feels like a Made-for-TV-Movie (even Jerry Goldsmith's score screams TV work) and it's such a shame, because it does have some good things going for it. For starters, the opening and ending are pretty great, and the cast is pretty remarkable and surprisingly badass. James Remar plays the helmet wearing bad guy, who is also a dance instructor (there's even a hilarious sequence of him practicing in a studio), but then there's John P. Ryan (Class of 1999, Death Wish 4, Avenging Force), the legend Bernie Casey, Richard Masur (License to Drive, Shoot to Kill), Dionne Warwick and even a "blink and you'll miss him" Michael Rooker in the beginning. So it's not a total loss. The cast makes it enjoyable enough to sit through while you're waiting for the action to kick back in.

If Burt hated working on this film (he stated this was a time when he literally took any job he can get), you'd never know it. He's charming, sometimes funny, and a total badass when the situation calls for it, and really makes the film watchable for his involvement alone. Liza, on the other hand, was a pain to endure. She's just so damn annoying in this from the very first second she appears onscreen to the very end. I could hardly stand her and if there was ever a reason "not" to watch this, it would be because of her.

Another issue is that this film was an Italian production, shot mostly in Italy, with all of the voices dubbed in post. It's painfully obvious with most of the actors except for Burt, but most hilariously noticeable with Michael Rooker's brief moment in the beginning when he's dubbed by someone else entirely. Liza and Dionne Warwick are the worst at dubbing their own voices though and are pretty cringe-inducing. I guess Burt and James Remar must be used to it already and know how to do it correctly. 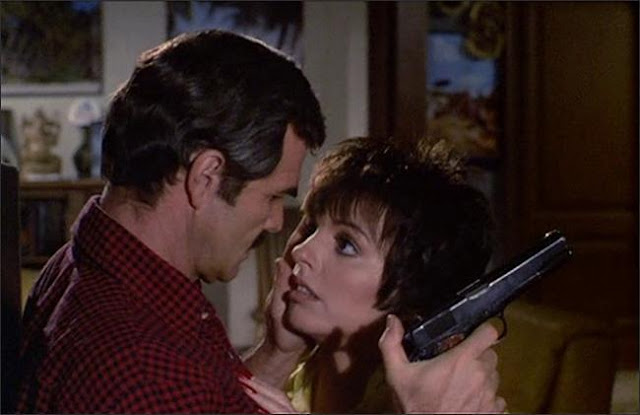 While Rent-a-Cop might qualify as a mess of a film, it's not terrible either. The film both starts and ends incredibly strong, and it's supporting cast is especially impressive and well worth checking out for alone. Burt is in top form delivering a damn fine performance, while Liza is incredibly annoying. But their chemistry is undeniable and in an odd way, makes the film a bit more lighthearted than you'd expect. Thankfully, a strong first and last act bookend a less than satisfying middle, but sometimes that's okay.

How to See it:
Released on VHS, Laserdisc and a cheap bare-bones DVD, Rent-a-Cop has never gotten an official widescreen release here in the states. And honestly, it doesn't matter, because it's such an uninteresting and visually unpleasing film that full frame will work just fine. I've seen a few uploads on YouTube of the full film as well, so you can certainly go that route too.
Posted by robotGEEK at 9:34 AM