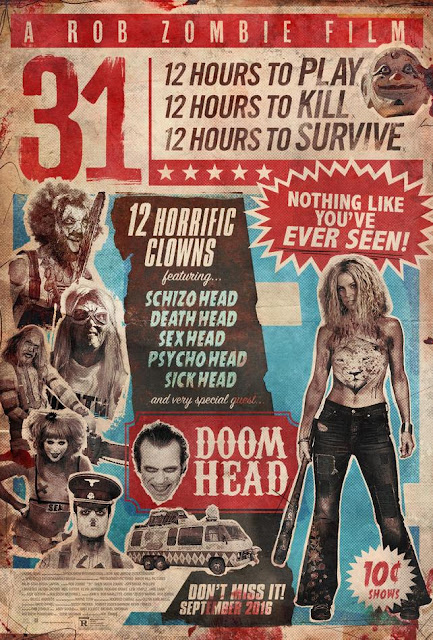 I'm going to admit right up front, I was not a Rob Zombie fan in the beginning. I disliked his first film, House of a 1,000 Corpses so much that I didn't even give Devils Rejects a chance. Then when I heard he was remaking Halloween, I was flabbergasted, thinking "who in their right mind would give him the opportunity to destroy the Halloween franchise legacy with this amateur?"

Truth be told though, by this point, the last few Halloween films that were part of the original series of films were just fucking awful anyway. But I digress. I of course skipped these Halloween films until one random Halloween night many, many years later when I was home alone and it was playing on some cable channel like TBS, AMC or Syfy - I can't remember which. I was only half watching but I had to admit, I liked what I saw. That encouraged me to seek out the two Halloween films he did, and guess what? I loved them, which in turn got me to revisit all of his other films. When Lords of Salem hit theaters, I was a full-fledged Rob Zombie fan because of that film, much more than I ever expected to be. LoS still remains my favorite RZ film to date.

If you like RZ's films, you will probably like this. You won't love it though, that's a guarantee. While it's not a terrible movie, it's not a very good one either, and that really hurts to say coming from someone who always feels like I have to defend his films on a regular basis. What it boils down to with his latest film is that it's just painfully obvious that RZ can do so much better. He has, countless times before, even going all the way back to Corpses. But with 31, he seems to have taken a huge leap backwards. In my personal opinion, this is his worst film. Every director has one, even Steven Spielberg for Christ's sake. Tarantino himself considers Death Proof his worst film. And that's not to say 31 is a piece of shit, because it absolutely is not. It's just not very inventive, creative, gory, inspired, and worst of all, it's just not at all entertaining. I kept looking at the clock, wondering how much more I had to endure until it was over. And I have to reiterate, it wasn't a bad film. It was just kind of meh. Nowhere near on par with any of his other films.

You would think that since he had this film crowd-sourced, and having much more of a creative freedom than any of his other films since he didn't have studio's interfering, that he could finally just go all out and make the craziest, goriest film he could make, without having his hands tied. But when given that opportunity, he ended up just going through the motions. If there was ever a film in his career that felt more "phoned in", this is it, resulting in his weakest film to date, and it's frustratingly sad. 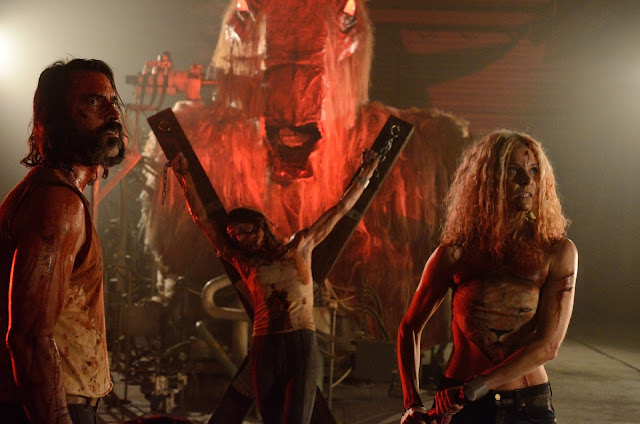 Essentially, he takes the idea of The Running Man (yes, the Schwarzenegger film), and puts a little spin on it by making the hunters sadistic clowns. Other than the fact that the characters here were kidnapped and forced to participate in this sadistic game for pure enjoyment, it's essentially The Running Man with a backwoods country twist.

Yet, it's just not very fun. The makeup effects and character designs were pretty cool, but this film is severely lacking in the gore department. I'm almost positive it was cut for it's 1 day theatrical release, but I don't think inserting the gore will help matters any. For starters, RZ goes full-on shaky-cam for any of the action and gore scenes. It's frustrating as hell because you can't tell what's happening and more importantly, you can't see anything. All of the gore sequences and effects are wasted on a shaky-cam technique that's as annoying as it is tired. And that right there is a huge step back for RZ since he really matured into a strong visual director with his last film, Lords of Salem. In that film in particular, there isn't a single handheld or shaky-cam moment to be found, and it made it a much stronger film.

I admire Zombie as a filmmaker. He makes the kind of films that nobody makes anymore. You can argue that he just steals idea's from other better films, which is true, but I like to think of it as playing tribute, or as a homage to those films, while putting his own stamp on them. He's done that with all his previous films, and 31 is no different. He's got balls, and he's not afraid to go outside the box. He doesn't play it safe by taking on any director-for-hire gig, instead only making films he writes, that he's passionate about. Which saddens me when we get to his latest film, because I just can't defend it or find any redeeming quality. It's shockingly mediocre on every level, and I hope this doesn't end up being the direction he goes from now on. That would be bad.

When this film played for 1 Night here in town, my wife and I were seriously considering going. At $15 a ticket, it would have cost us $30 just for the film, not counting snacks. My gut was telling me not to do it, even though I love RZ films. So we didn't. After paying $10 to stream it last night, the first thing we both said to each other was "Wow, I'm glad we didn't spend the $30 to see this in the theater". That pretty much sums up our experience.
Posted by robotGEEK at 12:41 PM