I AM THOR FILM REVIEW, AND A FASCINATING LOOK INTO THE LIFE OF A LIVING LEGEND 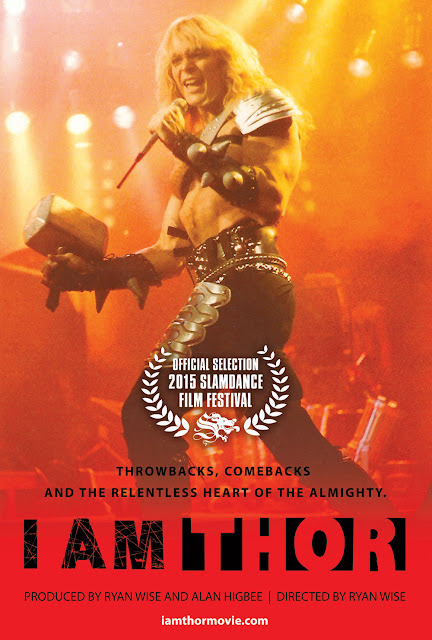 Up until a year ago, I had never heard of Jon Mikl Thor. It wasn't until I was browsing the record section of a music shop in Austin, TX when I came upon his album "Unchained", and noticed that magnificently cheesy and amazing cover. For some reason I assumed they were a band from Sweden or something, but then, randomly, I stumbled upon his cult classic film Rock n' Roll Nightmare, and I realized that this guy Thor was not only the real deal, but also from Canada. Since then, I've had my eye on the guy and when it was announced that a full length documentary was being made about him, I honestly couldn't wait.

Flash forward almost a full year when I learn, to my shock, that the doc had already been released with very little buzz. I had no idea it was already out, and once I did, immediately set out to getting my hands on a copy, or rather, streaming it from Amazon with a few of my movie buddies.

Via the I Am Thor official website:
Jon Mikl Thor always wanted to be a superhero. At school he would wear a Superman outfit 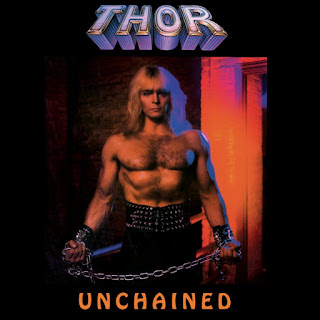 underneath his clothes and at recess have kids throw bricks at his head. Shortly after the wounds healed he got into bodybuilding and went on to win numerous titles including Mr. Canada and Mr. USA all before his 21st birthday. Jon combined his love of music, strength, and superheroes and created one of the first theatrical rock bands, Thor (based off the Norse legend). Voted one of the best front men of all time, Jon bends steel bars in his teeth, blows up hot water bottles with his lungs until they explode, and has bricks smashed on his chest. The band enjoyed modest success in the 80’s, mostly in Europe, but never quite made it big. After suffering a severe nervous breakdown in 1987 Jon retired from show business and moved to North Carolina with his wife to become a normal mortal human being. Ten years after retirement he attempts a comeback to finally achieve the success that had eluded him throughout his career. The film follows Thor on his comeback for over a decade as he searches for success in the rock and roll business. With Jon’s reluctance to hire a manager, he tries to manage himself, which leads to another nervous breakdown that nearly kills him.

I have to say, I Am Thor is without a doubt, one of the most entertaining documentaries I have ever seen. Even if you're not a fan of his music necessarily, if you're just a fan of hard rock or heavy metal in general, you're sure to appreciate this fascinating look into the life of a living legend, a man who is arguably one of the hardest working entertainers in the business, who busts his ass for only a fraction of the success and fame of more well known groups like KISS. I mention KISS because they're often mentioned in the doc, where Thor is often compared to in terms of theatrics. The lengths this guy goes to to put on a show is just incredible. He doesn't just come out and sing. No sir. He puts on a production, complete with all the bells and whistles. Truth be told, I'm shocked I'd never heard of him until recently, and I'm flabbergasted in the fact that he's just not a household name. During the documentary, when they show footage of him performing at small scale venues all around the world, even today, where he's got to be in his 50's or 60's, you hear the same thing from nearly every single person interviewed afterwards, and that is that "this has got to be the most METAL show I've ever seen".  After watching this insanely entertaining and heartwarming documentary, I think you'll agree.