Snow White and The Huntsman 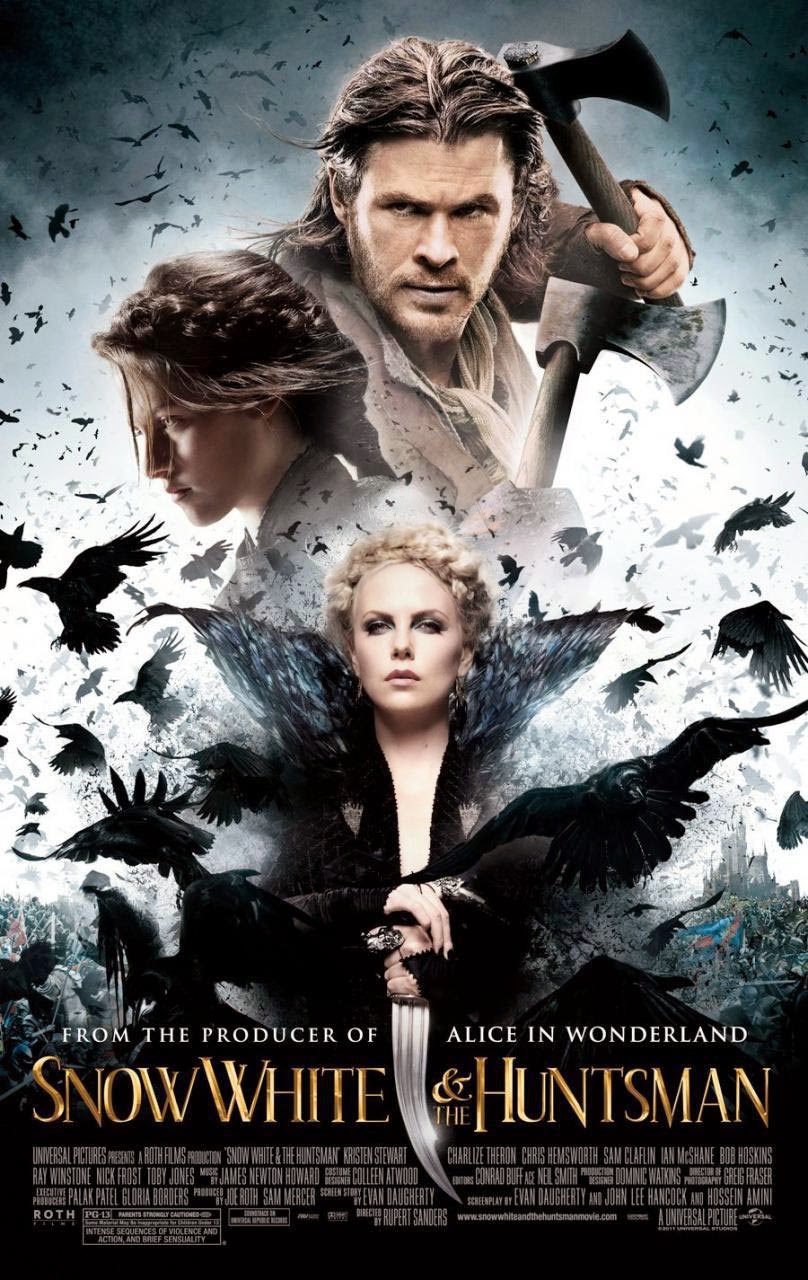 Something about this film never struck me as one that I needed to rush to see. I don't know why, maybe it was the whole Snow White theme, or the fact that Kristen Stewart (rolls eyes) was the star, but needless to say, I never had the itch or desire to check this one out. Yet recently, I decided to revisit Ridley Scott's Legend, and well, I suppose I was in the mood for a fantasy again.

Snow White and The Huntsman surprised me at almost every turn, and on every level. What I assumed would be another humdrum big budget retelling of Snow White, complete with overdone sloppy CGI, turned out to be an exceptionally well made and stylish dark fantasy that was able to capture a certain niche in the film industry that's been sorely missing for quite some time. This film was good, and quite the welcome surprise. What's sad is that whenever anyone hears the name Rupert Sanders, nobody is ever going to mention what an outstanding job he did directing this thing. Nope. What will more likely be mentioned is his affair with his star Kristen Stewart, who was with Robert Pattinson at the time, while Sanders himself was a married man with a family. Funny how one bad decision can totally ruin your life. His entire life got flipped upside down, all for a tryst with Kristen Stewart of all people? Makes no sense to me. But I'm getting off track here. Sanders is arguably one of the biggest reasons why this film works so well. His lush visual's create a world that bring's back memories of Scott's Legend. That's a bold statement, I know, but I honestly stand behind it. As I sat back and watched this, after a good 30 minutes the biggest thing I noticed was how much Sanders particular style resembles Ridley Scott's in his heyday.

I'll also admit something else. Stewart's usual droll acting came off a lot less annoying in this, so much so that I was able to enjoy the film and not want to reach into the screen and strangle some life back into her, just so I could get some kind of emotion out of her. I won't get into it, but I honestly don't see the appeal of Kristen Stewart. She's about as dull as they come, even when she's hitting the red carpet. No emotion, no substance, and no presence. Am I alone in this? Yet, I found her more tolerable in this than in anything I've seen her in up till now.

What's surprising to me is that I know this film did well, so well in fact that a sequel is coming with none other than Frank Darabont coming on board as director. And with all that's been said about this film, I'm probably more shocked than anything else that nobody ever takes the time to comment on Sanders outstanding visuals, or the creature, production and costume design. Artistically, SWatH is an outstanding achievement. Even when we get down to the CGI, it's near flawless and not overdone or shoddy as we've been accustomed to this past decade. Sounds ridiculous, doesn't it? But it's disturbingly true. You'd think in this day and age of outstanding CGI work, the day where we joked about how fake CGI looked was well behind us, but it seems more relevant now than ever. So when a film like this comes out, and you're not pre-occupied with the shoddy effects work, well that's a rare treat indeed. But it all comes back to Sanders aesthetically pleasing work as a visual director. It's hard not to compare the guy to Scott, as they share a very similar visual style. I'm surprised no one has picked up on that, or is it just me who thinks that?

There's a lot to like in this Snow White interpretation if you give it just half a chance. It's dark, moody and incredibly atmospheric. The cast is pretty great, and a visual knockout. And let's face it, nobody does evil quite as effortlessly as Charlize Theron. The effects work is top notch, and it's all rounded out with a better than you'd expect quality. Believe it or not, I'm actually looking forward to the sequel.
Posted by robotGEEK at 1:37 PM