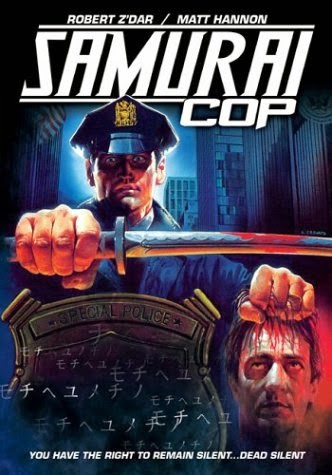 Add this to my list of one of the BEST "So Bad It's Good" films ever made. Seriously folks, this completely inept, tasteless and utterly enjoyable action film from 1989 has EVERYTHING you would want in a Bad Movie Night film.

Samurai Cop, for all intent and purposes plays out like a standard action/cop film. I mean, I have a very strong feeling that the writer/director actually set out to make a legitimate action film. But since the guy possesses not a single ounce of creativity or talent, the film comes off as so completely inept that you literally laugh from beginning to end at almost every single choice that was made during the process of making this film. The editing. The acting. The dialogue. The directing. The hilariously unrealistic and crudely choreographed fight scenes, of which there are plenty. The list goes on and on and let me tell you, this one is a doozy. 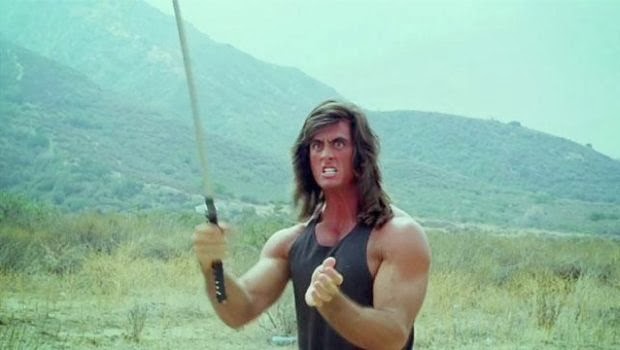 First of all, let's start with the completely misleading cover art. While it is a very cool cover, it in no way represents the film accurately. Made in 1989, it actually looks like something that was made going way back to the late 70's and early 80's, on a shoestring budget, with non-actors. I'm serious. It's gawd awful in almost every aspect, yet highly enjoyable because of how bad it is. The only notable face you'll see in here is Robert Z'Dar (Maniac Cop). Even he seems to not know what the fuck he's doing in this or how to deliver a line. Which is surprising considering this was made after he had already appeared in about 12 films before this. Hell, he even appeared in a supporting role in Tango & Cash this same year, yet you'd never know it by his delivery. Maybe I'm being too harsh though. I know the editing, or lack there of, had a lot to do with it. 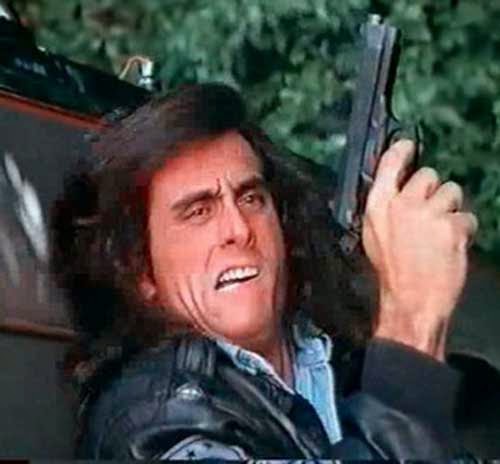 Which leads me to Matt Hannon. Why oh why didn't this guy make anymore films? Believe it or not, is the one and only film he ever appeared in. Before this, he was a carpenter on two other films, one of them being Night of the Creeps. Weird. But hey, there's always Samurai Cop. I had no idea, but this is practically a legend in the "Cult Film" community. How have I not heard of it until now? Bad movies are a passion of mine. I love them to death. The worse, the better. And Matt Hannon seems tailor made for these films with his ridiculously long and thick mane of hair, his unusually large physique and his ridiculous tan driven home by a cocky attitude. The confidence this guy exudes is impressive. Too bad he didn't have the acting chops to back it up. Though he seems so comfortable in front of the camera spouting these ridiculous lines of insanely cheesy dialogue that I have no doubt he would have become one of the biggest DTV stars of low budget action films in his time. He definitely possesses a special something that not a lot of others have.

What's funny about this is that while the film is called Samurai Cop, you don't actually see any samurai in the film. And as far as the lead goes, he throws a few punches and kicks, but in no way convinces you that he possesses any real martial arts skills whatsoever. But that doesn't really matter because the choreography, directing and most of all, editing, are so laughably off track that you are bewildered by how this ever passed a screening process without anyone noticing that rarely does it ever look like a punch or kick actually ever lands. And guess what? There are sex scenes so terrible and that overstay their welcome that you can't wait for it to be over so you can get back to laughing. And I know it can't just be my imagination, but I could swear there are scenes where it looks like he's wearing a wig. I can't explain it, but I know it must be true. You'll know it when you see it for yourself.

At the risk of giving too much away, I think I'll stop here and let you experience the rest of this gem for yourself. Rest assured, there is a story in there, I just for the life of me cannot remember what it was because I was having too much fun constantly asking "What the fuck??!!". 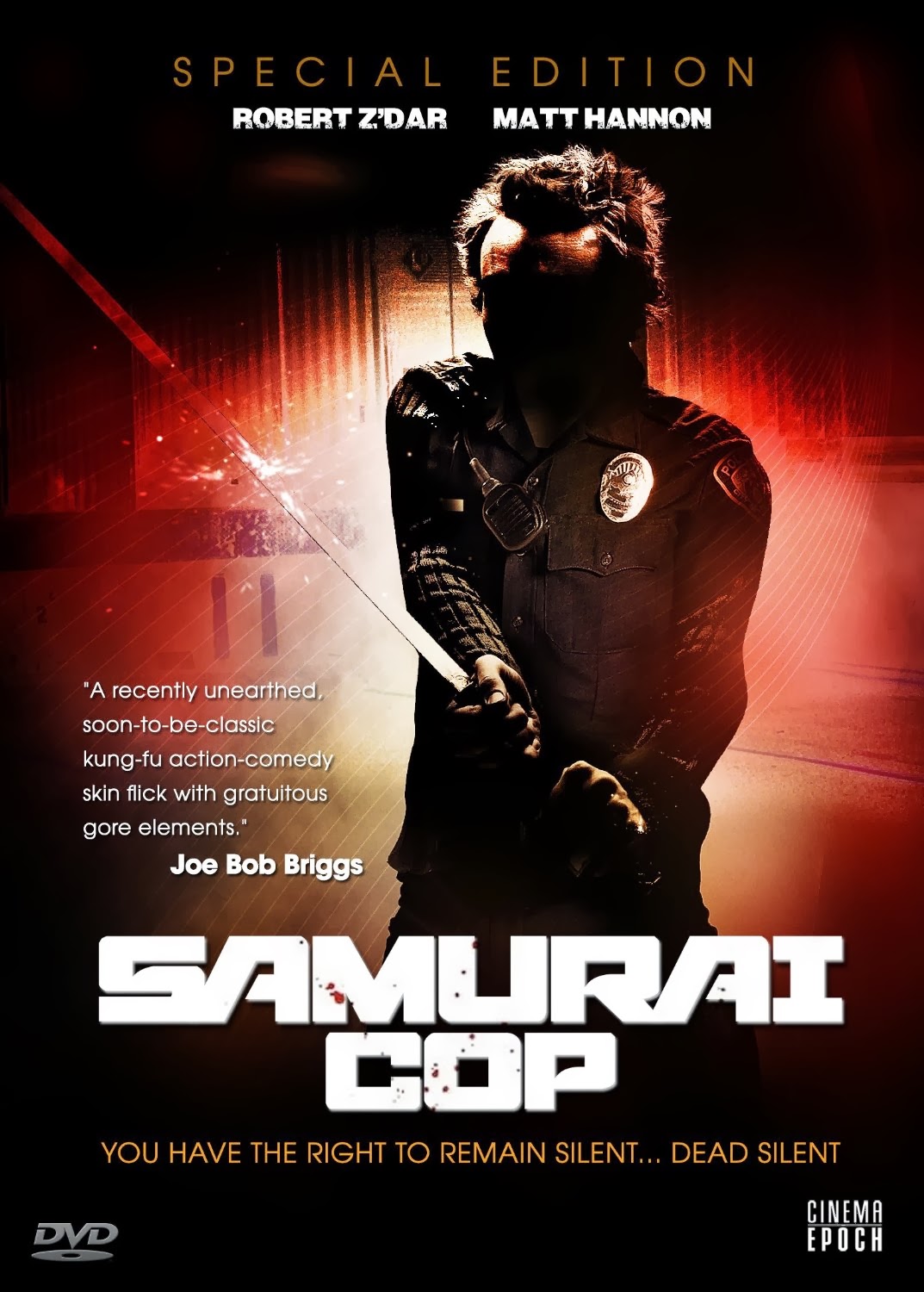 How to see it:
While it has gotten a previous bare bones full frame release years ago, your best bet is to pick up Epoch Cinema's 2013 Special Edition release. While sparse on Special Features, it does have a few things going for it that the only other previous release didn't. First of all, this comes in widescreen and remastered from the newly discovered 35mm negatives and featuring new interviews with stars Robert Z'Dar, Gerald Okamura, and cinematographer Peter Palian. Unfortunatly star Matt Hannon passed away in 2012 and wasn't able to contribute.

I must warn you. Be prepared for hilarity and nonstop quoting of the amazing lines of dialogue that come out of Harrin's mouth in this film. Easily one of the best "WTF?!" films to grace my TV, and hopefully now, one of yours.