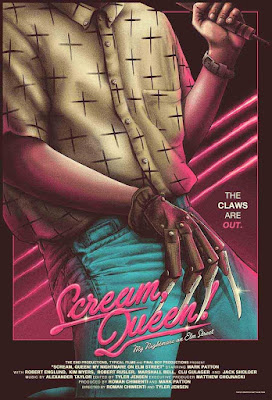 The Claws Are Out

We all know the story by now. While technically a hit, Freddy's Revenge ultimately became the film in the franchise that fans considered their least favorite, which honestly surprises the shit out of me because I can't and have never sat all the way through Part 5: The Dream Child. It's just so awful. But I've always enjoyed Part 2: Freddy's Revenge, even when none of my friends did. I've always felt it was made surprisingly well, considering it was coming off the heels of one of the biggest horror films in history. But I was usually alone in those feelings. And I was made all the more aware of those feelings when I showed it to my wife and she just did not care for it at all.

But we all know what ultimately happened. A Nightmare on Elm Street 2: Freddy's Revenge would gain notoriety as the "gayest horror film ever made", something I was completely unaware of until recently. Whether intentional or not (depending on who you ask), it was loaded with subtle and not so subtle gay subtext and has since become something of an "experience" in the LGBT community, who feverishly embraced it in the same way so many have embraced The Rocky Horror Picture Show.

Mark Patton played the lead in Freddy's Revenge, and while it was supposed to be his big Hollywood break, it instead derailed it completely and because of the fallout, he vanished from the film business, and well from society as a whole. In fact, when they made the excellent documentary on the Elm Street franchise, Never Sleep Again, the filmmakers found it almost impossible to find him, having to resort to a private investigator who found him in the most unlikeliest of places on the planet, completely unaware of the cult status that his ill-timed and ill-fated breakout role had gained since that release all those years ago in 1985. 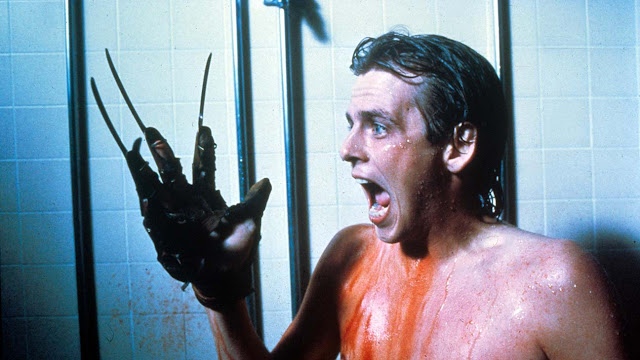 With the release of that documentary, there was new and massive interest in just what the hell the filmmakers were really thinking when they made that film. Was the gay stuff on purpose? Was it even really there, or was it just something people wanted to see? Again, that all depends on who you ask, as every single person from the actors to the filmmakers behind the camera will give you a different answer. Mark Patton suddenly found himself famous all over again, but this time he was going to take advantage of it and use his newfound celebrity to bring a spotlight to something that has haunted him for decades, and changed the course of his life forever.

Filmmakers Roman Chimienti and Tyler Jensen have created a completely engrossing and thought-provoking documentary around Mark Patton, his life as an up and coming actor, his big breakout role that was supposed to launch his career in Hollywood, to his life as a closeted gay man in an industry that was not very accepting of that at the time, to his walking away from Hollywood and the spotlight forever. That is until Never Sleep Again revived it, only to a much different degree.

While Scream, Queen! does primarily focus on Patton's experience making that cult classic film, it also puts a lot of focus on the industry as a whole in the mid 80's, where AIDS and HIV was at it's peak and fast becoming an epidemic. If you were gay and an actor, you couldn't simply live as a gay man. You had to pretend and fool the public into thinking you were straight, or else you weren't getting cast in anything. Not to mention the naive and downright ugly side of peoples prejudices towards the subject back then. I mean, it was bad, and studios, actors and companies would impose ludicrous rules that will leave your jaw dropped to the floor when you hear about them in this documentary. To think that that was a world we lived in once upon a time seems shocking to me today, but for so many people in the industry, it was such a sad and tragic reality. 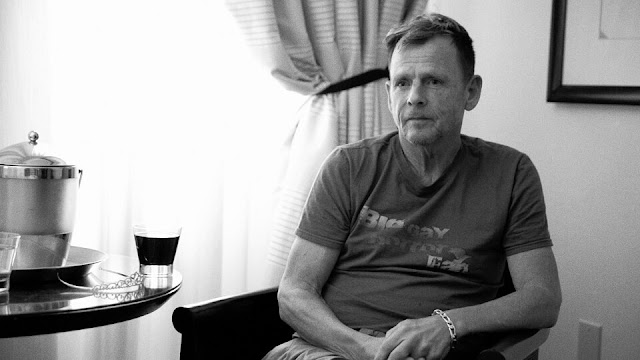 What I loved so much about this was that they tackle all of that prejudice and hate and make us all face it in such a way that it's almost a sympathetic hour and a half crash course on the film industry, and how far we've come since then. Of course, that's not all it's about, just one of many layers Scream, Queen! presents to us. Another one is Mark Patton's ability to take something that caused him so much pain, and use it as a teaching tool to others, where he tours the world using his newfound celebrity status teaching people about HIV and AIDS in an entertaining and fundamental way who's goal is to help people rather than be preachy about it. 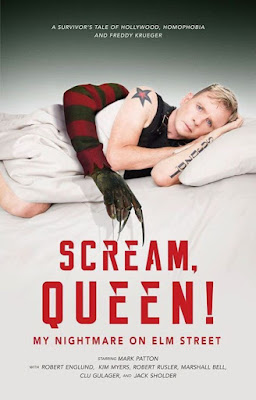 Throughout the documentary, there is a villain, and it's not Freddy Krueger, but rather the writer of Freddy's Revenge, David Chaskin (The Curse, I, Madman). Chaskin has never been 100% truthful about his role, however big or small, that the gay subtext played in the film was intentional or accidental. In some interviews he says it was intentional, and in others he claims it wasn't. There was even an ill attempt at a humorous quote that only made it so much worse when taken out of context. Patton has always blamed Chaskin, more than anyone else, for his downfall, for his exile from Hollywood, and he uses the documentary as an opportunity to get the truth, to hear the words from David Chaskin himself.

To say this is an important documentary is an understatement, not only for horror fans, or fans of Freddy's Revenge, but also for the LGBT community, who wholeheartedly embraced the film and all of it's gayness to such a degree that it's more popular now than it ever was. It's also an important and quite eye-opening documentary about prejudices against the LGBT community, not only within the film industry, but in everyday life. It's an eye-opening film experience and one I won't soon forget.

Ultimately Mark Patton has gained newfound success as a motivational speaker and activist and travels the horror convention circuit regularly meeting and greeting eager fans who get to embrace in person, for some, their first gay role model.

Scream, Queen! My Nightmare on Elm Street is currently available to rent on Amazon, YouTube, Google Play and Vudu. You can also purchase it on DVD from any number of your favorite online retailers.
Posted by robotGEEK at 8:57 PM