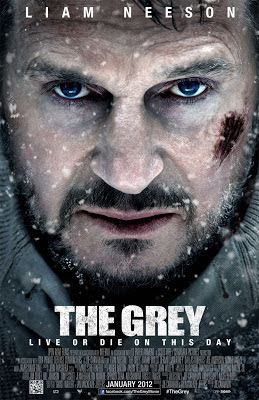 This film has most split right down the middle. I personally know several people who just hate it. After just now finally getting a chance to see it, I honestly have no idea why. I found it to be an engrossing thriller with top notch talent both in front of and behind the camera.

I'll be honest. I'm not a fan of director Joe Carnahan. His style of filmmaking gives me headaches. I was hoping that The A-Team would have been his one film where he didn't submit to the "Michael Bay school of filmmaking", but alas that was a huge disappointment. As much as I love those characters and that franchise, I just didn't like the film and that's mainly because of how Carnahan filmed the action. I just can't stomach lazy camera work, especially when it comes to action and the The A-Team was one of the worst. But whatever.

So I think that might have kept me from watching this until now. Just knowing it was another Carnahan film. But like Netflix always seems to do to me, I thought "why not?".

What I found immediately attractive about this film is that he's scratched his hand-held quick edit style of filmmaking and actually made a good looking film. Combined with Neeson in the lead as the unofficial tough guy leader of a group of men stranded after a plane crash in freezing temperatures who soon realize that the weather is not their only enemy and you have a solid action/thriller.

You know, the haters of this film hate on it for various reasons. One of them being that they thought the CGI'd wolves in certain sequences looked fake. I never noticed that at all. Of course I assumed the wolves would be CGI'd at some point in the film, and they did in fact use real wolves for some sequences and I never noticed that transition from real to CGI. I thought it was done well and never looked lame or cheesy. I also felt the buildup of tension that immediately began as the crew stepped foot on that plane and worked it's way all the way through to the very last frame was pretty damn effective. I've also heard people do not like that ending at all, and while it was different, I actually loved it and found it fitting.

So yea, much better than I was expecting and if you haven't already seen it, I hope you give it a try. And if nothing else, if Taken hasn't proven what a badass Liam Neeson is, then this film will certainly change your mind.
Posted by robotGEEK at 3:12 PM